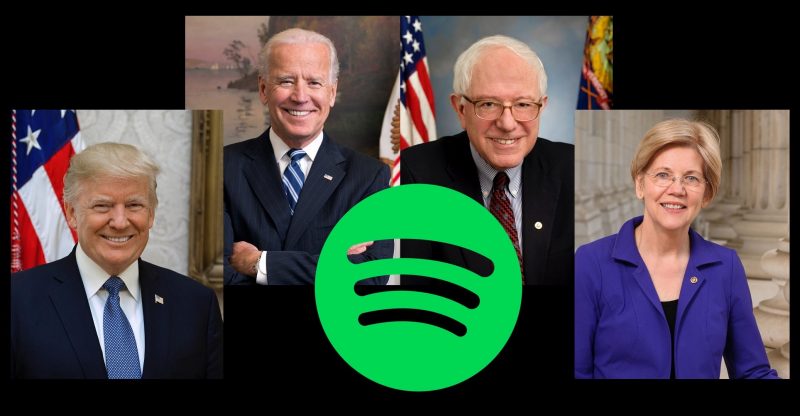 The Spotify announcement brings them in line with Twitter’s stance. Twitter CEO and founder Jack Dorsey announced on October 30th that “We’ve made the decision to stop all political advertising on Twitter globally. We believe political message reach should be earned, not bought…”

We’ve made the decision to stop all political advertising on Twitter globally. We believe political message reach should be earned, not bought. Why? A few reasons…?

The regulation of political advertising on Spotify will impact only U.S. customers because the company only sold political ads in the United States previously. This will impact 141 million users, although this change may go unnoticed as people may not realize the change.

“At this point in time, we do not yet have the necessary level of robustness in our process, systems, and tools to responsibly validate and review this content,” Spotify told Ad Age. “We will reassess this decision as we continue to evolve our capabilities.” 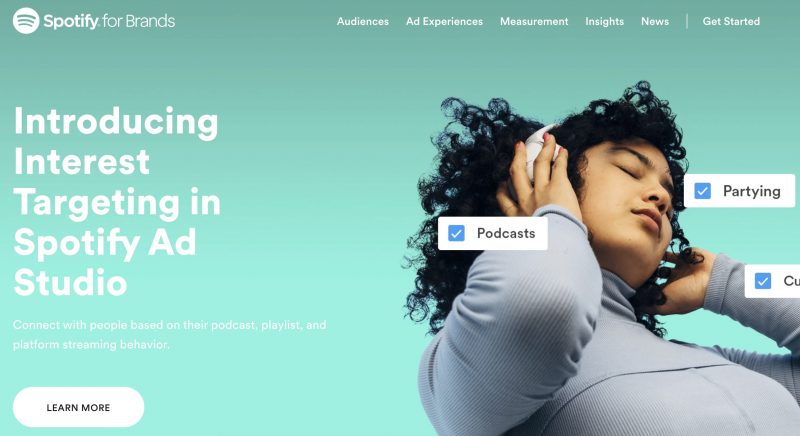 Google is in the business of advertising. Google is the largest advertisement selling company in the world. In 2018 Google made $116.3 billion in advertising revenue, accounting for 32% of the global digital ad revenue.

Given Google’s behemoth size in digital advertising, their stance when it comes to political advertising is influential and impactful.

Thus Google will limit advertisers’ ability to target specific niches that could manipulate voting and increase the reach of fake news. However, Google has not gone as far as Twitter in completely banning political ads.

This results in a system that can still be manipulated but is a bit harder to do so. For example, you can’t advertise to someone because they are democrat, are pro-life or support gay marriage. However, you can advertise for keyword search terms such as “democrat,” “pro-life,” and “gay marriage.” People can still cleverly find and specify their search advertising criteria to target a certain audience group.

Google has developed a transparency report indicating political advertising spending in the United States and internationally. 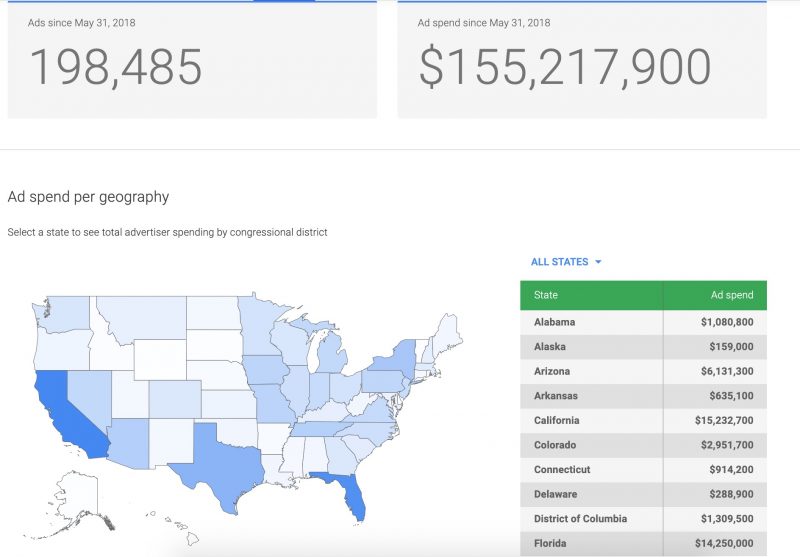 You can click on any given state and see the district by district breakdown of spending as well. Scroll down a bit and you will notice a list of the top advertisers so far. Presidential candidate Michael Bloomberg tops the list with over $13 million spent. This comes to no surprise as Bloomberg has spent over $100 million in total on advertising in just one month. 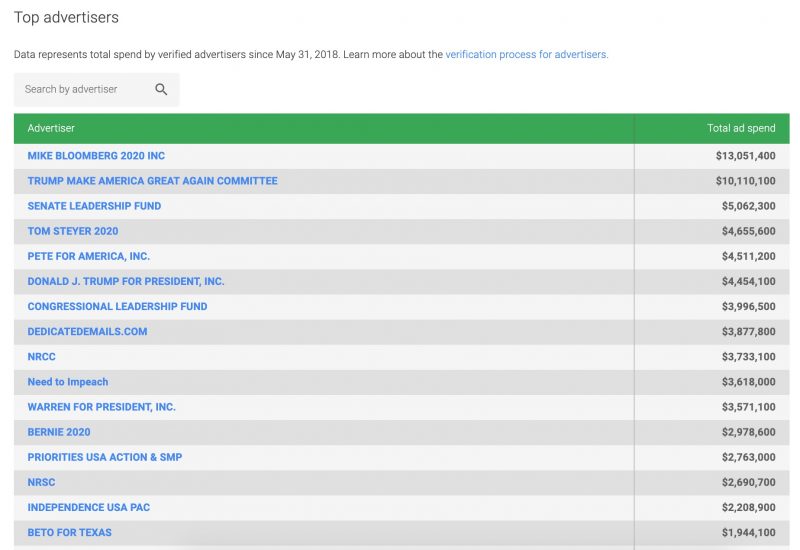 Most of the campaigns above are for specific candidates, mostly for president. While a party can’t run political ads targeting specific people in their political party, they can run ads that target certain hot topic items that their voters would be interested in.

While Google’s policies make it more difficult to run advertisements influencing the upcoming election, it doesn’t make it impossible.

Facebook Decides To Ignore Political Gaming On Its Platform

“The long journey towards greater progress requires confronting ideas that challenge us.” Zuckerberg warned, “I’m here today because I believe we must continue to stand for free expression.”

Facebook has said that not only will it not limit political advertising on its platform but it will not regulate false and misleading political advertising. In the meantime, Facebook is internally discussing whether it will limit how advertisers can target certain user groups on the platform.

We know from studies that targeted political ads showing a bias can change the voting behavior and perception of those that see the ads. A research paper published in Cyberpsychology, Behavior, and Social Networking found that people can be persuaded by political advertising but are warier when they know it has been sponsored or targeted toward them specifically.

The short yet complicated and controversial history of social media in US presidential elections will certainly continue on into 2020 as we see more money and effort spent on swaying voters to their cause. The battle lines between political candidates will have to both work within the technical and self-regulatory limits of social media giants with the ultimate goal of buying voters through advertising and at as low of a cost as possible.

After all, advertising works and in the political sphere, it’s proven to be both dangerous and effective.

Kik Messenger is a messaging app for iPhone and Android popular in the United States among teen users. The free-to-use app was founded on October 19, 2010, nearly 9 years […]

In just a little over 2 days, Clash of Clans will celebrate their 7th anniversary. Hard to believe it has been around that long and August is usually one of […]

Don’t forget to Bookmark this page to use in the future! NOTE: The Instagram line break and spaces generator is only available on our non-amp page, click here to access […]

You’ve spent some time snapping with a girl from class, you’ve hung out a few times outside of class and things are going well. She sends you a message that says […]