While the impacts of screen use is a topic of widespread research, a recent study found that brain development in young children is negatively impacted by screen use.

The study, published in JAMA Pediatrics, combined MRI brain scans, surveys by parents on the child’s screen time use, and cognitive ability tests focused on literacy and language.

In total, 47 children from ages 3 to 5 years old were part of the survey. All children who took part in the survey are from English-speaking households and primarily middle to upper-middle class.

How Were The Children Assessed?

Beyond the use of MRI, parents filled out detailed surveys about their child’s screen use. This survey was scored against the ScreenQ test, created by the American Academy of Pediatrics.

The AAP recommends the following guidelines:

ScreenQ scores ranged from 1 to 19 with an average of 9 in the study. The study found consistently lower measures of structural integrity and myelination in children with greater screen time use.

Is All Screen Time Equivalent?

While the study found a link between increased screen time and an impact on children’s development, it is important to note that all screen time is not created equally.

The following factors, in part, impact the overall impact of screen time on brain development:

“In general, isolated, passive viewing is less constructive for children’s development,” said Dr. John Hutton, the first author of the study and director of the Reading & Literacy Discovery Center at Cincinnati Children’s Hospital.

Dr. Hutton added that “An issue with portable devices is that the screen follows the child everywhere, eliminating barriers to moderation. In general, few apps claiming to be “educational” have been studied; most of these are advertising claims that can be misleading especially for young children.”

Can Negative Impacts Of Screen Time In Children Be Reversed In Adulthood?

While brain plasticity extends through adulthood, it does decrease with age. Plasticity in the brain peaks in childhood, with 15,000 synapses per neuron in a 2 to 3-year-old child’s brain. From there, plasticity decreases with age, however, recent research points to learning and experiencing as important drivers in increasing the number of synapses in adults.

“It’s harder to “rewire” the brain with age, though possible.  As screen use tends to increase sharply with age, we would expect effects to compound over time,” said Dr. Hutton. “If foundations of language and related networks say, are under-developed, these can potentially be remediated with intensive language therapy (for example), but harder with age. It’s far easier to develop strong infrastructure, to begin with.”

Does Screen Time Have A Similar Effect On Adult Brains?

As noted above, our brains develop and change as we grow and not surprisingly, the impact of screen time changes from children to adults.

The benefits and risks of screen time changes with age and also depends on the person’s environment. Screen time could negatively impact cognitive development in children, social interactions and self-confidence in teens, and sleep and work efficiency in adults.

“What someone gets out of screens – risks and benefits – changes with age.  For young children, these largely involve language and relationships, for adolescents, social media anxiety (e.g.), and for adults, distraction, multitasking, etc.” said Dr. Hutton “Sleep interference is a constant risk.  It’s hard to say what the effect with age will be – longitudinal studies are needed.”

As A Parent, How Can You Manage Screen Time?

You may feel lost, wanting your child to spend less time using media but unsure of exactly where to draw the line and how to introduce and implement a new screen time policy.

The American Academy of Pediatrics has a great tool that you can use to establish a family media plan. The tool helps to develop screen-free zones, screen-free times, a plan for curfews for device use, what types of media to use and its diversity, how to manage on and off-screen time, safety, the importance of sleep and exercise, etc. 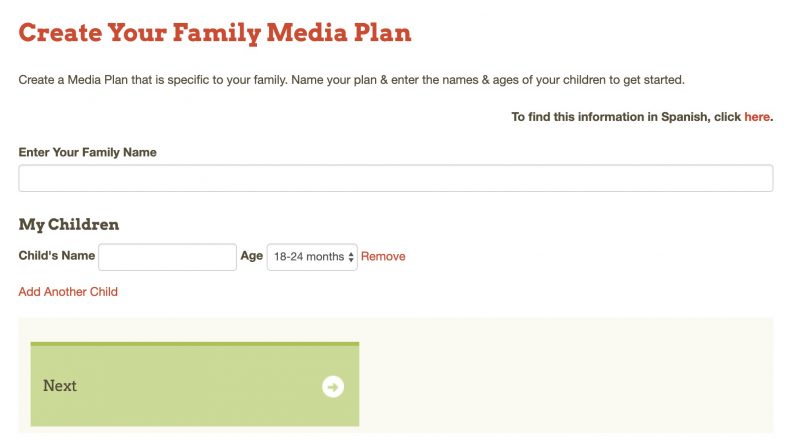 Overall, the tool is a great start to ask you the right questions that you should discuss as a family and develop a plan. It is important to consider implementing not just a screen time plan for your child but for the adults as well. This will help to adhere to the plan and positively impact the overall well-being of the family.

How do you manage your children’s screen time use? Leave a comment below to provide your tips on how you work through the hurdles of children today and the nearly constant distraction of media.

Trevor Nace is the founder of How-To Apps. He has a PhD from Duke University and has been in the tech space and writing about tech for a number of years. He previously started and ran an app website and his articles on apps have been read millions of times around the globe. You can find him on Twitter, LinkedIn, and Instagram.

YouTube recently hit a huge milestone, over 1 billion hours of videos are watched each day. On top of that, the number of YouTube channels with over 1 million subscribers […]

NOTE: The Roblox username generator is only available on our non-amp page, click here to access it. Roblox Username Generator Your new Roblox username is: Roblox is officially more […]