If you have an iPhone you know the difference between a blue and a green chat bubble. There is added functionality and more seamless messaging with iMessage (blue bubbles) as compared to SMS messages (green bubbles).

Given that, most iPhone users find themselves preferentially leaning toward chatting, especially in groups, with people also on iPhones. It just works better.

This has been an area that Google has lagged with Android, previously relying solely on SMS messages on its messaging app.

Android Messages Gets An Upgrade

Hi everyone! RCS is now available to all users in US as of Monday. Make sure to update both Messages and Carrier Services.

If you’re on an Android phone you should have gotten a message that recommends you update your messages app and carrier settings. By following this process you will update your old SMS messaging to the new RCS messaging.

RCS has been available to the UK, France, and Mexico for some time and is just now rolling out in the US market. Google estimates that the new Messages functionality will be fully rolled out by the end of the year.

What Is RCS And What Does It Bring To Android?

You may be wondering what exactly RCS chat does and how it is superior to SMS messaging. In many ways, RCS turns the old texting into a chat-like functioning app, similar to WhatsApp or Facebook Messenger.

RCS stands for Rich Communication Services and is the new generation of SMS (standard texting). While it started in 2007, the protocol gained momentum in 2018 when Google announced it was working on implementing RCS throughout every Android phone on every carrier.

RCS will bring the following features to the new Android Messages app:

While the new RCS features offer significant advantages compared to the current SMS messaging, it doe fall short in one major way. The RCS protocol does not have client-to-server encryption, meaning there is no end-to-end encryption like you would find in iMessage.

While this may be concerning, RCS does offer more security than standard SMS messaging of the past. “RCS has actually gained a security upgrade from SMS to add more user protections, and current RCS encryption does not, in fact, allow for easy access to consumer messages,” writes 3Cinteractive Corp, “RCS is subject to the same lawful intercept standards as SMS. However, with the launch of RCS, carrier messaging has received a few upgrades that are intended to protect users from cases of fraud or other malicious, third-party activities.”

Adoption Of RCS Among Cell Carriers

While the adoption of a universal RCS profile was a success among cell carriers and Google, the process of implementing the new standard was a long and slow one. Getting all carriers to agree on a “universal profile” across the carriers was particularly challenging.

In the end, Google convinced these carriers, with AT&T and Verizon as the last big holdouts, to conform to a standard and move forward with RCS. Google’s pitch, either update your SMS messaging systems or watch Facebook Messenger, WhatsApp, Line, etc. continue to gain market share in the messaging sector.

Google planned on the major cell phone carriers to adopt and implement the RCS standards on their own. However, with the slow implementation, Google decided to take it upon themselves to roll out the update.

Now, RCS is backed by:

While Google has filed patents on its RCS technology, RCS remains open-sourced for carriers or technology companies to use and expand upon.

How To Enable RCS On Your Android Device 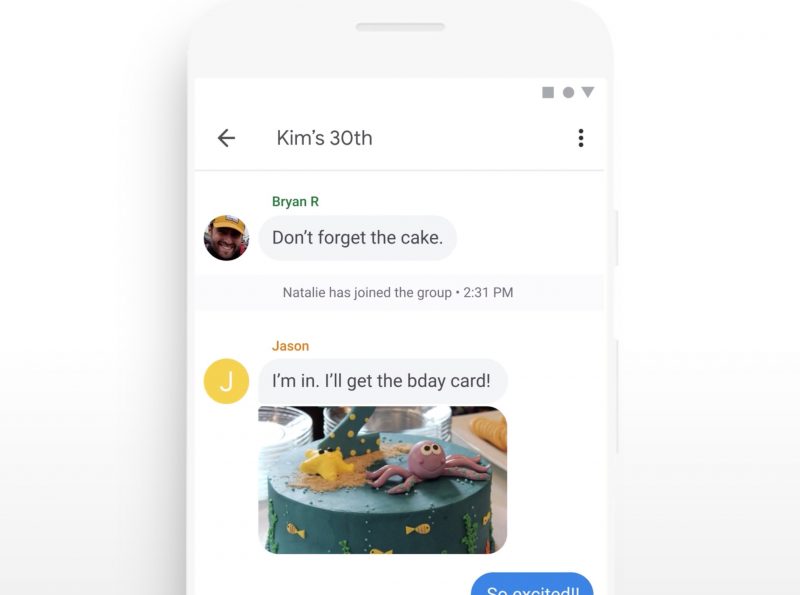 In order to enable RCS, you have to follow these steps to upgrade your chat functionality. The default messaging app on Android is Google’s Messages App, which will need to be upgraded to Chat for RCS to work.

You may have been asked or prompted to upgrade if you have you can follow the steps or you can manually update.

To update go to the Settings within your Messages app and you will find a switch to turn on Chat functionality. From there, tap the Upgrade Now button and enter your phone number when asked to do so. You can also go to Settings, then Chat Features and turn on Chat Features to update.

Keep in mind that RCS chat functionality only works when all parties have enabled RCS. Therefore, if you have it turned on but your friend hasn’t turned it on yet it won’t work. This is a good excuse to ask your friends to upgrade to RCS.

What Do Users Think About The New Android Messages App?

As with any new and significant update, there will be some bugs and people who complain about the new look or features. That isn’t untrue here, taking a quick look at the recent Google reviews on the messaging app indicate some frustration tied to the new update.

Reviewer Virender Singh gave the app 1 star on December 12, writing “An intern can write a better app It crashes. It doesn’t search. No feedback when you start search, no results appear. No concern about performance when there are large number of messages in inbox. All it cares about reading my data for analytics. I can guess ot because it slows down when a new message comes. People are literally making better apps than this team of engineers.” 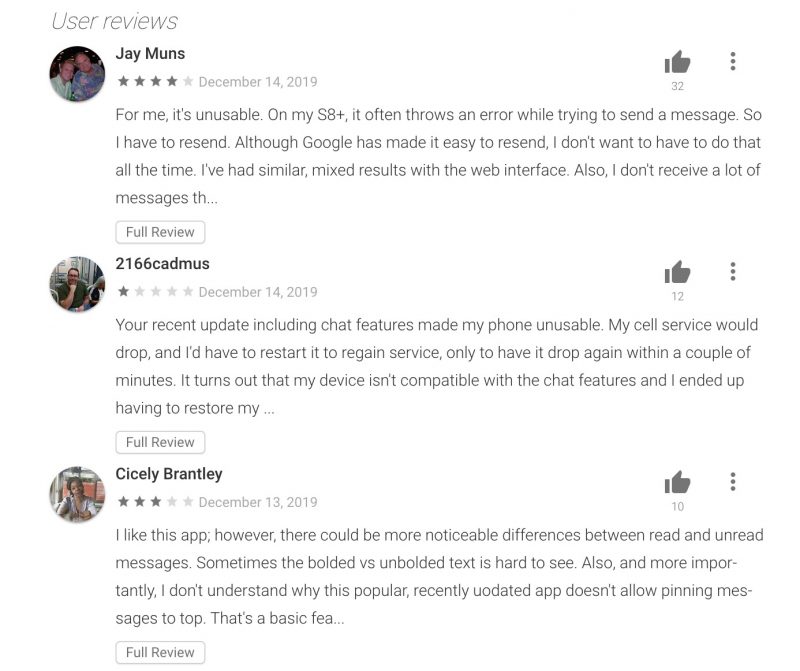 Clearly there is some work to be done to make sure there is full functionality of the new RCS messaging app. However, once the bugs are worked out the new features will bring Android texting closer to the level Apple has been with iMessage since 2011.

Snapchat titles have become increasingly popular on the social media platform as well as on Instagram. With the increasing use of emojis to fill in for words or feelings in […]