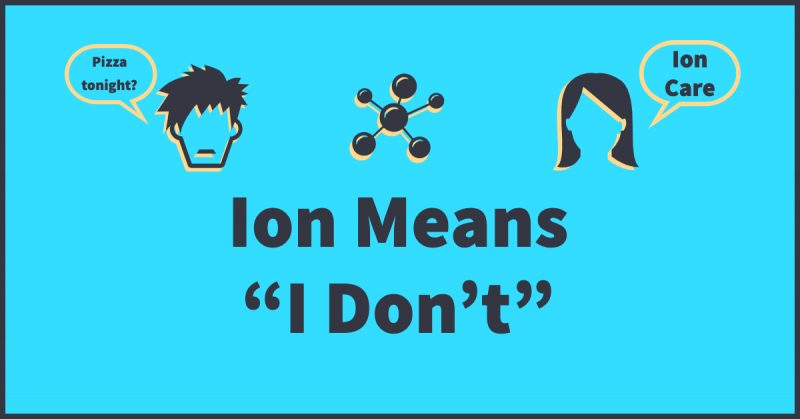 The term ion has a very different meaning in chemistry class as it does in a text, but we’re here to walk you through the various meanings, how they’re used, and more.

Every day new slang acronyms are developed on social media and texting and these can be hard to keep up with. That’s why a quick Google search is often needed to clarify what your friend is talking about.

What does ion mean?

Ion Meaning – From Texting To Snapchat To Chemistry

Ion Definition In Text – When texting friends, “ion” means “I don’t” in shorthand.

Ion Definition For Snap – On the Snapchat platform “ion” is slang and shorthand for the words “I don’t” as a way to shorten the word.

Ion Definition In Chemistry – In Chemistry, ion means something entirely different. An ion refers to an atom or multiple atoms that have lost or gained one or more electrons, resulting in a negative (called an anion) or positive (called a cation) electrical charge.

Sometimes ion feel da luv so I distance myself . From everybody

What Does Ion Mean In Text?

Now that we’ve covered that ion means I don’t, we can expand a bit on it and provide some context for you. We can also talk a bit about the popularity of using ion in SMS messages.

Example of Ion In Texting

In case you were wondering what “ion know” means? It means “I Don’t Know.” The spelling of the word is based on a colloquial pronunciation of “I don’t”

Ion has grown in popularity in texting and hasn’t been more popular than it is today. Below is a screenshot from Google Trends which tracks the number of people searching for certain keyword terms. This allows us to track the popularity of certain terms over time.

The popularity of ion in text starting gaining some serious momentum in the fall of 2015. Ever since then it has grown in popularity. That was the days of iPhone 6s and Taylor Swift’s 1989 World Tour.

You might also see “ION” on text messages, all in capital letters. In this case, ION is an acronym and means something different than “I don’t.”

The most commonly accepted meaning of ION is “In Other News.” The acronym is mostly used in texting and chat messages to change the point of a conversation. Here is an example of what that might look like:

ION can be used either seriously, or as a sarcastic way to tell someone that their chosen topic of conversation is boring. As with most slang, the exact connotation depends on the context. So if you are rambling about your new yarn collection, odds are ION means “please pick something different to talk about.”

What Does Ion Mean On Snapchat?

We talked a bit earlier about ion in Snapchat, it means “I don’t” same as it does in a text message. However, ion is used a bit differently on Snapchat because it’s a different platform with its own quirks.

Example of ion on Snapchat 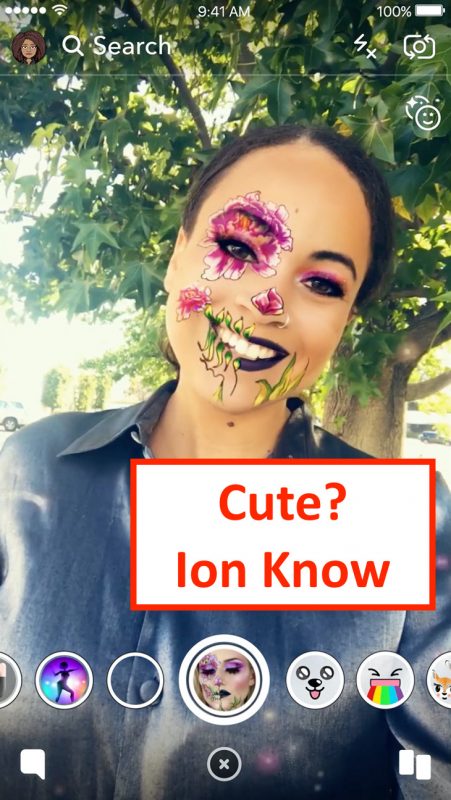 You can use ion in Snapchat as a way to save some space, like lots of acronyms or slang words this is an instance where shortening a longer word or words leads to a new word.

You will notice that ion on Snapchat started to grow in popularity after it did for texting. Around the summer of 2017 is when we really started to see it increase in popularity. It rapidly grew and since then has fluctuated and slowly grown in trends. 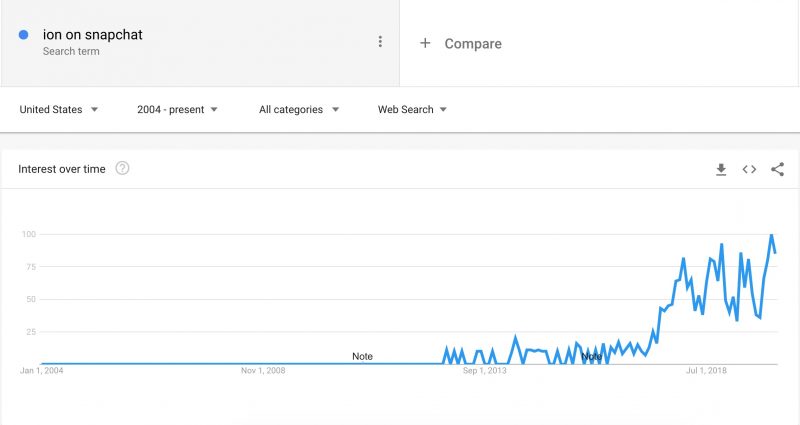 What Does Ion Mean In Chemistry?

If you’ve had a chemistry class, no matter how long ago, you will likely recognize the word ion. Ion in chemistry means an atom with a negative or positive charge due to the loss or gain of an electron.

Ions are broken down into two categories: cations and anions.

A cation is an example where an atom has lost an electron, meaning there are more protons (+) than electrons (-) and the net charge of the atom or group of atoms is positive. Examples of cations are Ca2+, H+, NH4+, etc.

In the opposite scenario, an anion represents when an atom has gained an electron (-), meaning there are more electrons (-) than protons (+). This makes the net charge of the atom or group of atoms negative. Examples of anions are O–, OH–, SO42-, etc.

Lots of everyday materials and substances are made out of ions. Table salt, for example, is a compound made out of sodium (Na) and chlorine (Cl), and toothpaste contains sodium fluoride (NaF), a compound that helps fight cavities and tooth decay.

Again, it’s important to take context clues into account when understanding the meaning of the word ion. If your friend is talking about their Organic Chemistry class, there’s a good chance they’re talking about the chemical term ion.

Of course, there are times where ion means something different. Take, for example, the Instagram post below. You will notice that she tags #ion. However, in this instance, she’s referring to a beauty product named Ion by Sally Beauty.

This is a good example of being careful and using context clues to make sure you know whether the person is referring to “I don’t” or something else. If they’re talking about beauty product lines you can probably guess that it doesn’t mean I don’t. You may also hear ion used in relation to hairdryers, in that instance they’re referring to negatively charging the air molecules that come out of the hairdryer, turning them into ions.

How Texting Has Changed Our Common English Language

The onset of texting in 1992, nearly 3 decades ago, had many unpredictable impacts on the common language used. With texting, we saw the onset of slang words and abbreviations becoming more popular. To be clear, slang and abbreviations have been around since forever, but the fast-paced nature of the internet means that people are bound to think up communication shortcuts.

Some argue that texting is ruining the English language, however, language is meant to evolve and change with people and cultures. Texting is an ingrained part of our common global culture and thus has changed the way we talk to one another.

In the early days, it was often easier to abbreviate words instead of typing them out, thus LOL, HMU, BRB, etc. were all born out of their ease of use. Typing just 3 letters on an old Razr flip phone was easier than typing out explicit words. Even with T9, the precursor to modern predictive text, typing 3 letters was usually a more economic choice.

However, texting as a language is changing once again with predictive text, autocomplete, speech to text, and the ability to use gestures to type out words. All of these have made it easier to type out entire words or sentences and limits the inherent advantage to abbreviating words.

What we see becoming increasingly popular are emojis that represent emotions or a person’s state of mind. Instead of focusing on abbreviations, emojis are becoming the new slang language to chat with friends and convey meaning. Albeit, the use of emojis are often interpreted differently in different languages. Unlike English which has unique words that represent a number of things, a heart emoji is universal across any language.

This doesn’t mean they represent the exact same thing across cultures and countries, each providing a unique spin on the meaning behind the emoji. For example, in the US, a thumbs-up signifies some kind of approval, but in India, a thumbs-up can have a negative connotation and be taken as an insult.

What do you use ion for? Have you either used it or seen a friend use it in a conversation? Feel free to give us some examples in the comments below!