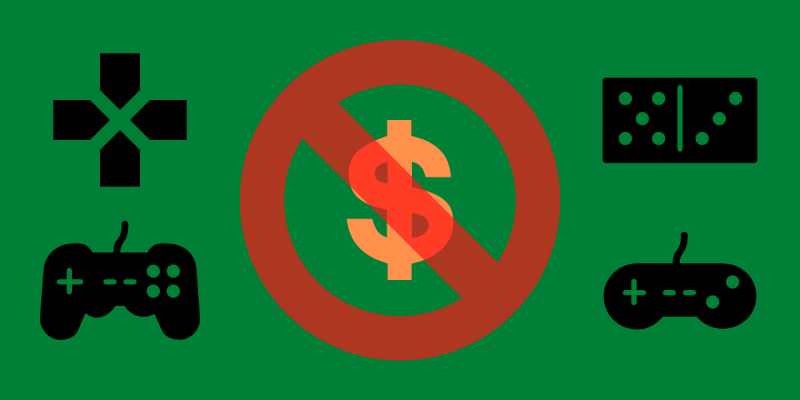 I don’t know about you, but I’ve spent a whole bunch of time during quarantine playing video games. The World Health Organization recently started the #PlayApartTogether tag to promote social gaming as a way for people to stay social during the crisis. The hashtag has been making the rounds on social media as several popular developers have jumped on the train.

What if you don’t have a lot of money though? Given that the normal price for a full-scale game is $60, a lot of people just can’t swing the price of a new game every few weeks.

With that in mind, we put together this list of our top picks for the best free games to play while social distancing. We made sure to put include a good mix of “casual” and more “hardcore” games so readers have a lot of variety to choose from, like MMOs, shooters, RPGs, fighting games, and more.

Final Fantasy: Brave Exvius is not only a good mobile title but also a solid entry in the critically acclaimed Final Fantasy series in its own right. Brave Exvius combines elements of traditional turn-based RPGs and gachapon collection-themed games that are extremely popular in Japan. You spend the game clawing your way through dungeons, battling enemies, and summoning heroes from previous Final Fantasy characters to aid your quest.

Brave Exvius also adds in more exploration-based content as players can spend time between dungeons checking out cities and accepting quests. New stuff gets added each day so you have an incentive to check back later for additional quests, bosses dungeons, and more. Square Enix also recently launched War of the Visions which is basically a strategy version of Brave Exvius.

No list about the best free-to-play games would be complete without mentioning the legendary MOBA Dota:2. Dota:2 (Defense of the Ancients) is the single most played game on Steam and every day millions of players log in from around the globe and participate in matches. Dota:2 is also a huge mainstay in the eSports scene. The gameplay is a mix of a battle arena and defend-the-base kind of matches. Two teams of 5 players face off and try to occupy the other’s area and defend their own. Each player controls a ‘hero’—a player character that has special abilities and a unique fighting style.

One thing the game has been praised for is its massive flexibility in play style. As of 2020, there are 119 unique heroes to choose from, each with unique abilities and effects. The amount of choices gives players the opportunity to create unique strategies. Dota:2 does have a relatively steep learning curve, but it’s extremely satisfying to play once you get in the groove of things. It’s doesn’t take a bunch of fancy hardware to run either. Pretty much any post-2014 laptop can handle it.

You’ve probably heard about the newest Animal Crossing for Switch. For those who don’t have the money to blow on a new console, you can try out the mobile version Animal Crossing: Pocket Camp. Pocket Camp retains much of the series’ core relaxing gameplay, such as decorating your town, interacting with residents, exploring/collecting materials, and visiting other player’s towns. The game has been recognized for its surprisingly complex villager interaction which is on par with the main series games.

The best part of the Animal Crossing games is that you can never really lose because winning and losing is not the point. There is no real conflict and everything you do is just for fun. It’s no secret that a lot of people play Animal Crossing to de-stress from life.

Paladins: Champions of the Realm – PC/Xbox/PS4/Switch

Paladins is an arena FPS game developed for PC and consoles by Hi-Rez Studios. Players take control of unique heroes called ‘Champions,’ each with their own design and backstory. Champions fall into 1 of 4 categories based on what they specialize in: Front-Line, Damage, Support, and Flank. Each Champion has their own unique fighting style/abilities and players can use cards and items to augment their abilities. The game has microtransactions, but fortunately, they are all for cosmetic features; no pay-to-win stuff here.

Paladins is a decent game but it never really caught on because it was released a few months after Overwatch and bears many similarities to Blizzard’s FPS-arena smash hit. Paladins devs claim that the similarities are not intentional and that the game was inspired more by Valve’s Team Fortress 2 more than anything else. Either way, it’s a great F2P game with a lot of competitive potential.

Arknights is an interesting game from Chinese developer Hypergryph and published by Yostar. Arknights combines elements of tower defense, base building, and gachapon games with a moody and sleek anime sci-fi/fantasy aesthetic (and a touch of waifu collecting too). Players control a number of units called “operators” who serve as towers. Operators all have unique powers based on their class which affects what they can do to defend. The goal is to defend your portion of the map from waves of enemies, while sometimes handling side objectives like protecting neutral units or finishing in a limited number of turns.

Between defense sessions, players can collect items and level up operators, and the devs recently added a base-building mode to help you gather resources. The game has been noted for its surprising difficulty, extensive lore, and unusually high production values for a mobile game. The dark setting focuses on a post-apocalyptic world that has been ravaged by a deadly virus, which seems a bit too fitting for the times if you ask us… Nonetheless, Arknights is a surprisingly deep tower defense game that can eat up hours of your time.

Very few action-RPGs hold a candle to the master of them all Diablo, but Path of Exile comes very close. Even if PoE wasn’t a free game it would still be worth playing. It sticks to the staples of the action-RPG genre and features dungeon crawling, a dark-fantasy aesthetic, and enough character customization options for hours of experimentation with character builds. PoE borrows from Diablo and features randomly generated maps in areas outside of the main encampments so every time you play there is a new map to explore.

PoE is a bit odd among free-to-play games as it doesn’t have an in-game currency. Instead, the game’s economy is based around bartering items with immediate use. PoE also has a permadeath mode where characters that are killed can’t respawn in that mode. PoE has been around since 2013 and the devs had been constantly adding updates and expansions since; the most recent being the Delerium update that was added in March 2020.

Are you a fan of Super Smash Bros? Brawlhalla is basically a free version of Nintendo’s smash hit that is a bit more accessible for a wider audience. Brawlhalla doesn’t have Nintendo’s colorful cast of A-list characters, but the selection is diverse enough with characters who use weapons ranging from katanas and scythes to fists and guns. Brawhalla has really simple controls so it’s easy to pick up and start playing.

The game is also pretty generous with its F2P options. Players can pick between a rotating weekly roster of 8 characters and make purchases from the store using the in-game currency. Mammoth coins can be bought using real money and are used to purchase skins, taunts, and weapon designs for matches. Perhaps the single best feature of Brawlhalla is the cross-platform multiplayer. Players from all platforms can square off against each other in up to 8-person matches.

Fortnite is the brain-child of Epic games and has been a massive hit in the F2P scene. Fortnite features a similar battle royal mechanic to PUBG where up to 100 characters can face off until the last one is standing. Fortnite features pretty standard mechanics for battle royale shooters but is set apart due to its colorful cartoon-ish aesthetics and a huge list of customization options and characters that have spawned loads of dance videos on social media like Snapchat and Tik Tok.

Other features that separate Fortnite from its competitors are the base-building mechanic and creative mode which let players create custom game maps and worlds. Fortnite also released a mobile version of the title in 2018 and all available versions are completely cross-platform compatible.

If you are going to be stuck indoors waiting out Coronavirus to pass, why not spend some time gaming? Free-to-play games can be just as deep and complex as larger titles and they don’t cost a cent to play. Moreover, games can be a fun way to socialize with others while maintaining social distancing during quarantine.

Bumble is a company by women for women, a model in the dating industry that has proven very successful. Bumble’s model is a bit different than something like Tinder as […]

Livestreaming has been the best thing to hit the Internet since the invention of instant messaging. Livestreaming has given countless people a way to share their lives online and connect […]