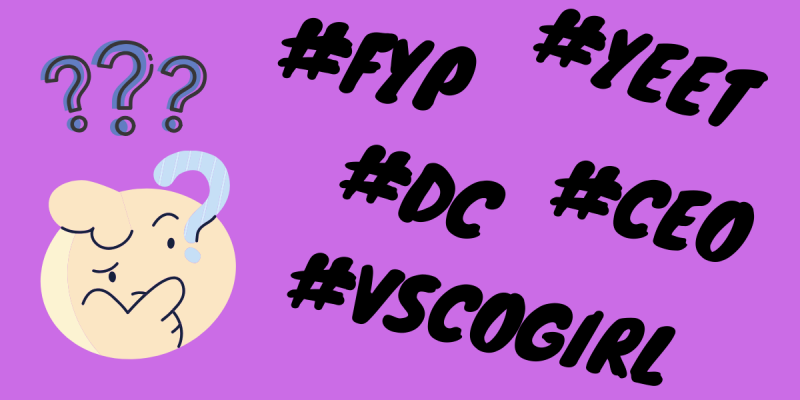 Anyone who has spent time on the internet knows it has its own language. Acronyms, neologisms, slang, and simply made-up words populate the internet vernacular, which can be really confusing for people who don’t spend much time on the web.

TikTok has picked up its own dictionary of weird acronyms and phrases. Let’s look at some of the more interesting ones.

What Does DC Mean On TikTok

Another common abbreviation on TikTok videos is “DC” or just “dc”.

DC Means: Dance Challenge and is put on videos of people doing—you guessed it— dances.

Most of the time dance challenges spawn when one user does a particularly cool routine or there is some viral hit going around like “Old Town Road” or something similar. Users compete in dance challenges to get the most views in hopes of going viral. Most of the time, users tag other users in their videos to indicate that they are challenging them to a dance-off, like “dc: @tiktokuser.”

For example, this video seems to be user @levolexa challenging @charlidamelio to a dance-off to a remix of the song American Boy by Estelle feat. Kanye West.

If you search “dc” on TikTok there are tons of videos of people challenging their friends to dance challenges. Some famous TikTok stars get together to do collaborative dance challenge videos. 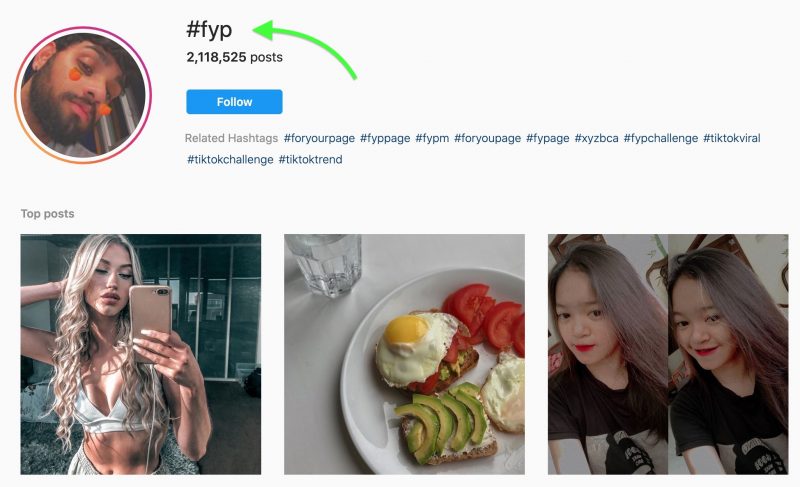 Take a look at a recent trending video on TikTok. Odds are someone posted a comment saying #fyp. What does this weird acronym mean? (Hint: it does not mean “found your pancakes.” Trust us, we’re sure.).

FYP Means: For Your Profile/Page

FYP actually can mean two things, depending on the context.

When you see the #fyp on a video, it probably means “for your profile.” The #fyp marking is basically the way that TikTok curates videos for your personal feed. Users put #fyp on their videos in a bid to get them on the “For You” page on a person’s personal feed. Getting on the FYP page on TikTok is kind of a big deal as a lot of FYP videos end up going viral.

For example, right now on my For You page, there is a video of a guy cosplaying as Exotic Joe wearing daisy dukes dancing to trap music and a guy stuffing his toilet full of Coke and Mentos. Yeah we know, TikTok is weird. 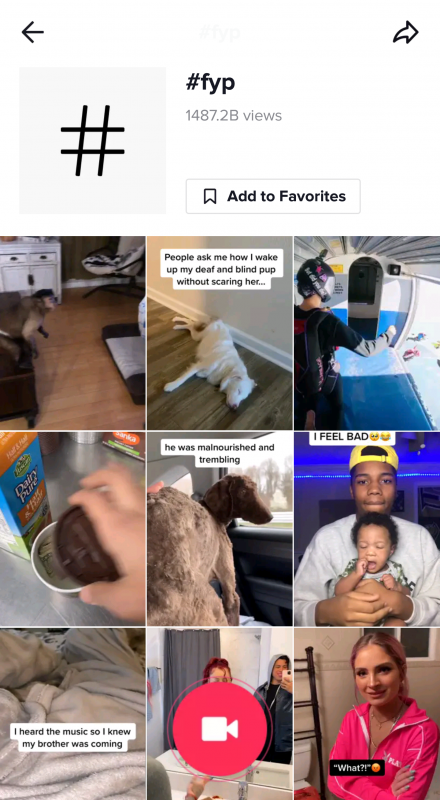 Alternatively, FYP can mean “fixed your post.” This acronym is most often posted when another user modifies and reposts another’s video. The idea is that they “fixed” the original post by making some changes. Whether or not the post is actually fixed is up for grabs. You be the judge I guess.

What Does "CEO Of" Mean On TikTok

Calling someone the “CEO” of something is a recent trend in TikTok comments.

In this video, a kid throws a can of soup on the ground after no one would make it for him. The comments call him the “CEO of soup”, the “CEO of cracking tiles”, and the “CEO of breaking marble tile flooring.” 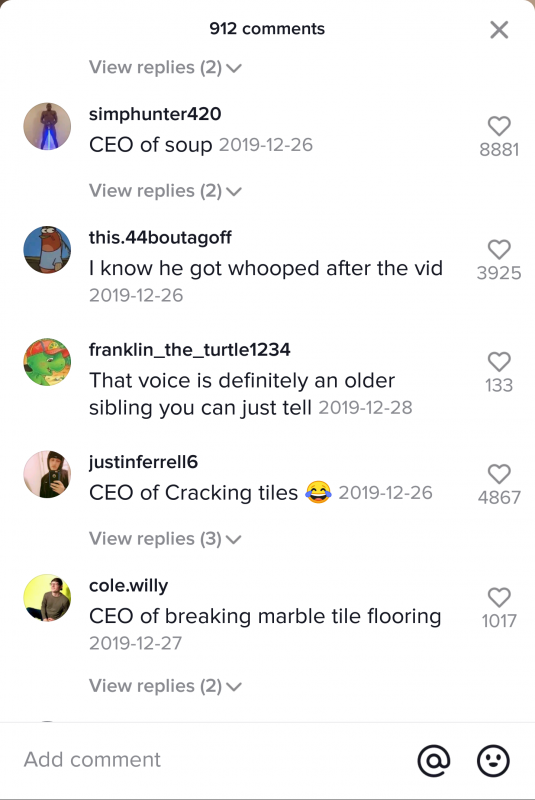 So basically, calling someone the CEO is a way of saying they are the boss of some particular trait.

CEO-style comments got started in 2019 on the For You page and they do not seem to be slowing down anytime soon. Are you the CEO of anything? Post a video and ask the TikTok community.

Other TikTok Slang Words and Phrases

Odds are you’ve heard this one making the rounds in the news lately. The whole OK Boomer trend got stated on TikTok in 2019 and has only grown since.

The phrase “OK Boomer” is essentially a dismissive rebuttal directed towards someone who is seen a rigid, close-minded, or otherwise unable to consider other people’s views. The phrase has launched countless memes like this guy who wrote a whole piano ballad about the phrase.

Despite what people may say, the term “boomer” doesn’t necessarily refer to Baby Boomers; i.e. Americans born between 1946-1965, but instead refers to someone who is considered out of touch and resistant to change. As they say, boomer is not an age, but a state of mind. The phrase gained massive popularity on social media platforms like TikTok and Reddit as a way for Gen Z’ers to express their frustration with what they perceive to be a broken political system and an irresponsive older generation.

It seems the newest ok boomer trend is the song “Oki Doki Boomer” which exploded in popularity with this TikTok, in which user @neekolul dances around to the song while wearing a “Bernie” t-shirt.

Aside from @neekolul, several other TikTok’ers have jumped on to the Oki Doki Boomer train and made parody videos.

We feel bad for whoever this Karen is. “Karen” is a word used to describe a middle-age entitled woman, usually a mom, and who is rude to service workers.

The “Karen” haircut is typically depicted as a soccer mom bob with a blonde dye-job. Karen’s trademark phrase is that she “would like to see a manager.” Anyone who has worked in the service industry has probably met a Karen. She probably also drives a Volvo or something similar.

The VSCO Girl is basically the trademark image of a TikTok girl. VSCO girls are recognized by their scrunchies, Hydroflask water bottles, and oversized sweat-shirts they probably stole from their boyfriend. They also wear Birkenstocks and have some kitschy backpack or other accessories. The tern “VSCO girl” originally cam from the camera app VSCO, and is meant to peg a young teenage girl that spends time drawing trendy pictures of herself using the app.

“sksksksk” is a sound that several internet denizens make. “sksksksk” is supposed to be an onomatopoeia for someone aimlessly scrabbling their fingers across the keyboard, often in exasperation or frustration. Yes, we know, internet slang doesn’t make much sense sometimes. That’s why it’s the internet.

Stan can be both a noun or a verb. A “stan” is some fan—often obsessive fan— of a famous person. The term comes from the Eminem video “Stan” which is about a creepy super-fan named Stan who commits suicide after several of his letters to the famous rapper go unanswered. “Stan” can also be used as a verb, as in “to stan” for someone; i.e. support them or take their side in some issue. “Stan” can also be seen as an intentional misspelling of the word “stand” as in the phrase “I stand with them.” The term is supposed to indicate some kind of support or admiration. 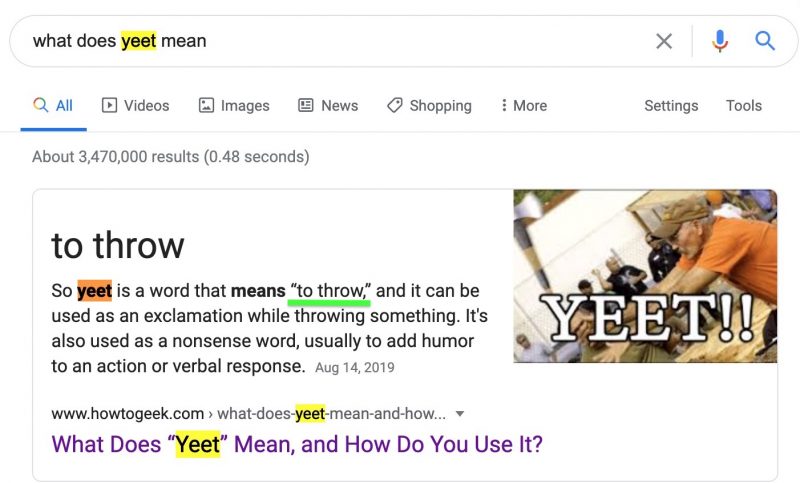 “Yeet” is a personal favorite slang phrase of ours. “Yeeting” something basically just means you throw it with an excessive amount of force, like this woman yeeting a baby. It can also refer to a specific dance move, or can just be used as an expression of excitement. Other times the word seems to be used with no discernible meaning in mind, as is the case with r/Im15AndThisIsYeet, which seems to be a subreddit where people roleplay like they are 15 and post blithering nonsense.

There are tons of internet slang out there on TikTok and other platforms like Snapchat, Instagram, and Youtube. These slang phrases often get picked up and become common sayings in phrases. A lot of people have pointed out how funny it is that internet slang terms keep getting spots in official dictionaries, such as the phrase “TL;DR” which is now in Merriam-Webster.

Regardless, if you want to get around the web without much confusion, you need to know some slang terms. We covered just a few that are popular on TikTok and other platforms. but the list of internet slang grows larger every day.
Next Up!
100+ Aesthetic Roblox Usernames Well Worth Your 1K Robux!
30+ Kik Messenger Statistics & Must Know Facts
Surprise! How To View Someone’s Snapchat Story Without Them Knowing
How Many YouTube Channels Are There?
Snapchat Hourglass ⌛️: Is Your Streak About To End?
Was this article helpful?
That's great to hear! We're glad you found the article helpful. Feel free to share it with your friends!
Share on Facebook Share on Twitter Share on Pinterest Share on WhatsApp Share on SMS
We're sorry to hear that! We love feedback :-) and want your input on how to make How-To Apps even better.

Bumble is a company by women for women, a model in the dating industry that has proven very successful. Bumble’s model is a bit different than something like Tinder as […]