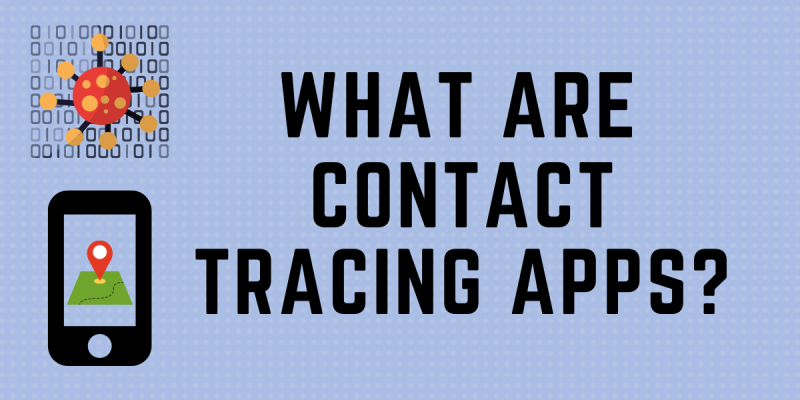 Back in April, the Australian government released a new app to help slow the rate of Coronavirus. The app, fittingly called ‘COVIDSafe‘, was launched on April 26 and over 2 million people downloaded it in the first 24 hours. The app works by allowing officials to trace the contact of infected individuals, so they can stop the progression of the disease.

“The app is an important public health initiative that will help keep you, your family, and your community safe from further spread of coronavirus through early notification of possible exposure,” Australian prime minister Scott Morrison said in an April 26th press release. “The more people who download this important public health app, the safer they and their family will be, the safer their community will be and the sooner we can safely lift restrictions and get back to business and do the things we love.”

COVIDSafe is just one of the many ‘contact tracing’ apps to hit the scene in recent months. Contact tracing apps utilize smartphone location services and Bluetooth connectivity to keep a record of a person’s contacts so that when an infection is identified, public health officials can swiftly and promptly address any potentially infected individuals.

Contact tracing, in its essence, is not exactly new. Human beings have always understood that disease can spread via contact with infected individuals and that quarantine is a way to prevent infection. According to historical records, during the Black Death in Europe, plague victims’ houses were marked with a red cross to track the spread of the disease and serve as a warning for others to stay away.

Modern technologies are always being used for public health management. So what better vehicle to use for contact tracing than a device that some 96% of Americans have in their pocket at all times? In many ways, smartphones are the perfect device for contact tracing because they have GPS location services, cellular data services, and Bluetooth compatibility.

In the US, most of the effort for creating digitally based contact tracing solutions have fallen to companies or states. Both Apple and Google have recently announced that they are partnering with each other to develop APIs and OS-level technology to enable contact tracing on their devices. Their systems will rely on Bluetooth technology to enable intercommunication between Apple and Google devices for the purposes of gathering relevant data about disease transmission.

Not everyone is keen about the new apps though. Contact tracing apps have been thrust into the hot seat as many critics accuse them of being an unnecessary and dangerous breach of privacy. Medical and location data, in particular, are two important types of personal information, and many are wary that contact tracing apps are a short step away from overarching state surveillance.

The basics of how the apps work are pretty simple. Any phone that has the app and communication turned on will emit periodic signals called ‘chirps.’ These chirps are then picked up by other devices with the app, and an anonymous “handshake” key representing the contact is recorded. In the case that a person is identified as infected, these keys can be reviewed to trace the contacts of the infected individual.

A pre-print publication from Oxford University estimates that approximately 60% of the population would have to use the app to stop the spread. But even low numbers of users would have a positive effect. “We estimate that one infection will be averted for every one to two users.”

Current contact tracing apps seem to be split among two major kinds of models. Both models gather data using Bluetooth chirps but each handles recorded information in a different way.

So-called centralized models gather anonymous data and send it to a central server. Matches are then made between data stored on this server. The new NHS track and trace app in the UK is a centralized model. The UK government plans to use trained teams to comb through information and act as a supplement for the data gathered by the app.  The track and trace system is currently in testing on the Isle of Wright. 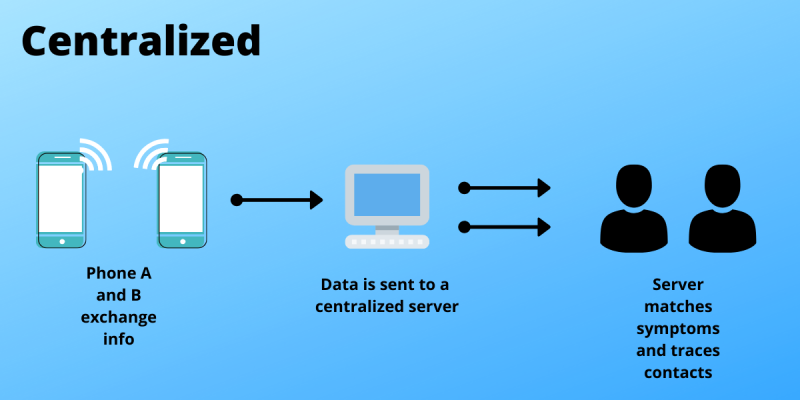 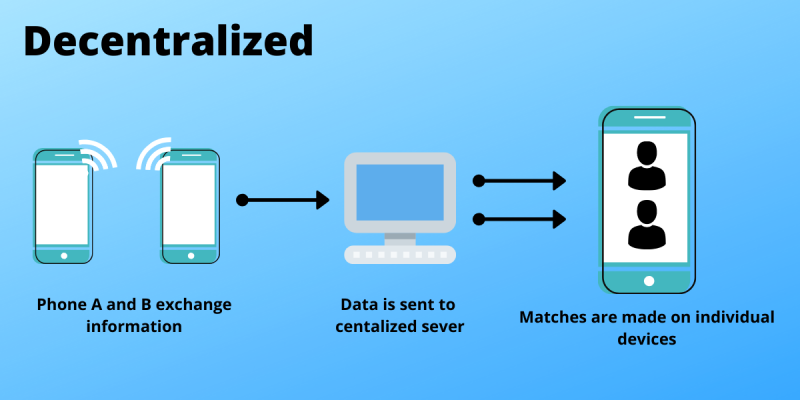 Perhaps the single biggest explanation for the hesitance to adopt contact tracing app technology is privacy and security concerns. Many countries such as South Korea, Japan, and Singapore successfully stymied the spread of the virus early through aggressive contact tracing, testing, and quarantine procedures. However, these governments have relied on strict surveillance methods that might be controversial in other countries.

For example, the South Korean government forced the Shincheonji Church to turn over its roster of members and tracked down sick individuals using a combination of cell phone surveillance and interviews. These seemingly draconian measures worked though, and the country has managed to virtually halt the disease in its tracks. 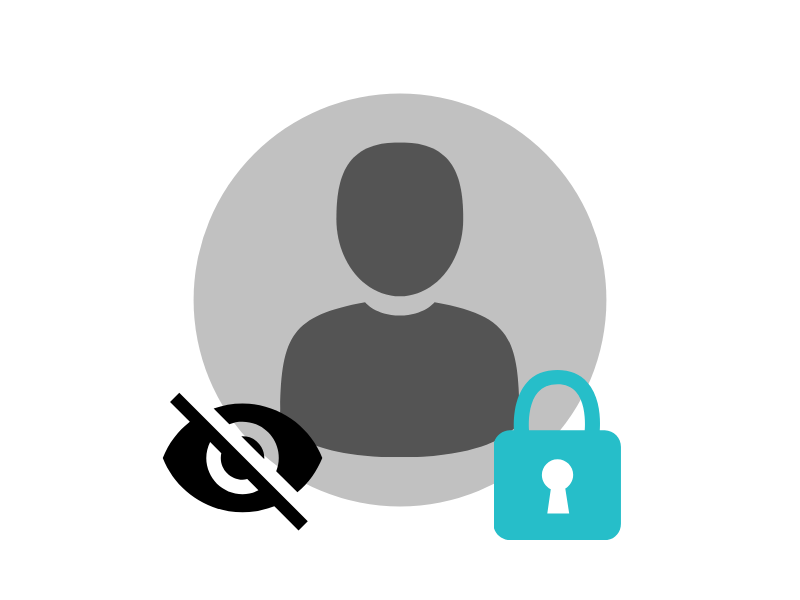 In many countries, people are justifiably concerned that their governments will use the crisis to expand their authority and chip away at civil rights. For instance, there are reports that the Syrian government has been targeting civilian’s phones with malware disguised as contact tracing software as an effort in the current civil war. The COVIDSafe app being pursued by the Australian government has been met with some pushback, as critics claim the app is a way to push a ‘hidden agenda.’

This point extends even further in countries where the global pandemic has become an item of politicization. In the US, coronavirus talk has become colored by political discourse. Even though many states have already started to open their economies, the government’s response remains a topic of contention.

In the face of a pandemic, how to manage the virus is more than just a technological question. The existence of contact tracing apps touches on fundamental political issues. To put the point another way, contact tracing apps are just tools; what seems to matter is how institutions will adopt and implement those tools.

There are also concerns that contact tracing app technology is not designed to adequately navigate systemic barriers that are relevant to disease management efforts. Contact tracing apps have one major weakness–they require a population with a very high smartphone penetration rate. Although smartphone usage in the US is high, especially among younger people, ownership rates skew heavily based on race, education, and income.

Moreover, it’s not clear how these apps will address other existing inequities. There is a growing body of evidence showing that black and Hispanic Americans have a significantly higher mortality rate from the virus than white Americans. It is not clear how an app-based scheme for contact tracing will navigate these kinds of systemic inequalities.

This lack of knowledge hints at another fundamental issue. There is currently no evidence on how effective contact tracing apps are. However, governments around the world are facing massive pressure to reopen economies, despite the fact that no country has managed to roll out reopenings without causing infections rates to increase. Contact tracing apps are being touted by many as the solution to getting the global economy back on its feet. The over-reliance on technology could mask the actual severity of the crisis and prioritize economic metrics over human wellbeing.

Despite the initial rush to capitalize on the technology, unrolling contact tracing apps has been a sluggish process. Sometimes development is hung up by an inability to find proper test groups. Other times, battles about privacy concerns and related issues tie up development in a legal quagmire. As the first contact tracing apps are expected to drop during this summer, we will soon see if they are the pandemic solution they are praised to be.

How Many Videos Are On YouTube? According To Google