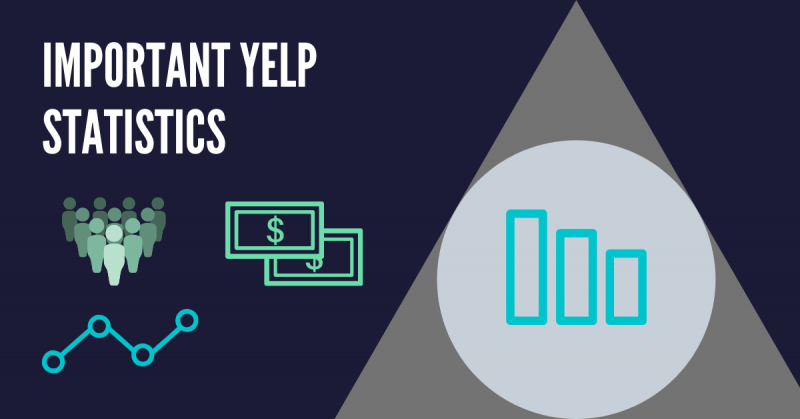 Yelp can be a scary place for small businesses. Knowing that your business is at the mercy of the judgment of the masses is intimidating, even if you think things shouldn’t be that way.

The good thing is you don’t have to be a huge bustling business to get some use out of Yelp. Even small businesses can greatly expand their online presence by making a Yelp account. So today we are going to cover some of the most important and incredible Yelp statistics and talk about how businesses can take advantage of the platform.

I find myself on Yelp typing in ‘the best ‘blank” all the time: best cheese, best ice cream, best pizza. – Betty Gilpin 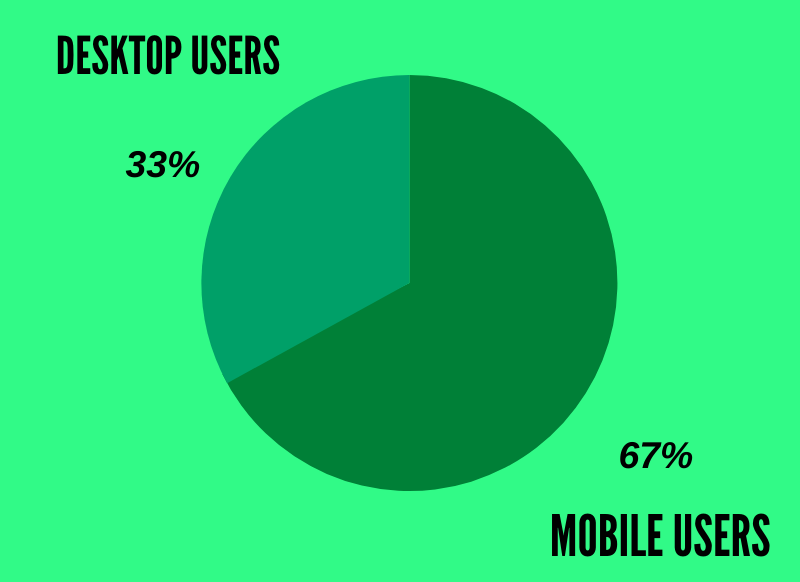 Yelp is the go-to website for reviewing businesses. According to Statista, Yelp averages more than 54 million desktop users and 112 million mobile users in 2019. Desktop users have actually declined from 76 million per month in 2016 while the number of mobile users has been steadily growing since 2016.

This trend simply reflects the fact that their mobile app is the fastest-growing Yelp platform. Given that an estimated 81% of the US adult population has a smartphone, it’s safe to say that the number of mobile users will continue to increase for the foreseeable future.

2. There Are Over 5 Million Claimed Business Listings on Yelp

Yelp allows users to create pages for businesses. Users can create a business page and list their reviews.  Businesses can then “claim” listings and respond to reviewers, among other things. According to shareholder information, as of 2018, Yelp had over 5 million claimed business pages on the platform. This info is from 2018 so the number is likely larger by now.

When businesses claim a listing on Yelp they can update information about times, locations, respond directly to user reviews, and more. Yelp has recently introduced a feature that allows people to make reservations at restaurants directly from the platform. According to official data, Yelp seated more than 91 million reservations through the platform in 2016.

3. 45% of Consumers Check Out a Business on Yelp Before Visiting 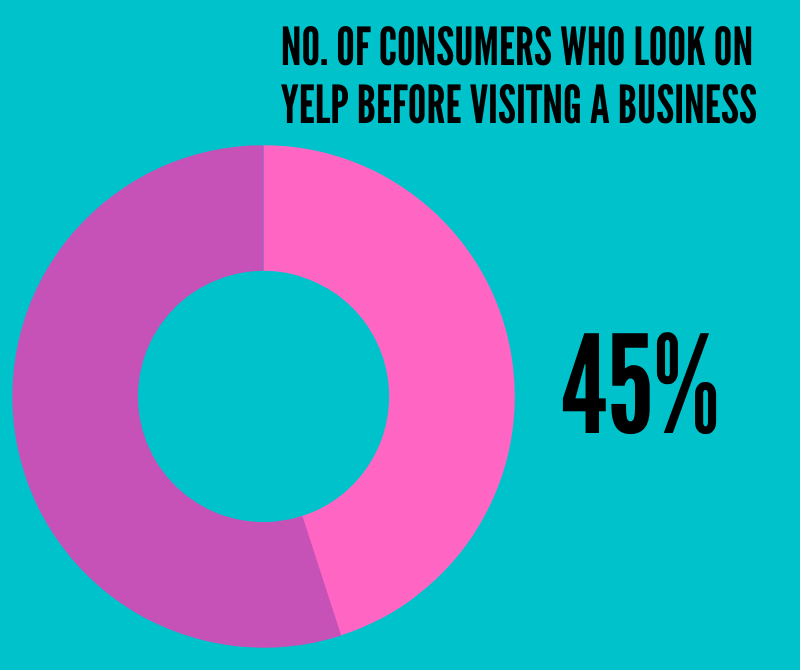 Yelp is one of the most popular websites in the US. Yelp is the single most popular reference website ahead of whitepages.com and also the second most popular business look-up platform. Approximately 45% of consumers admit they check out a business on Yelp before visiting that business. The only page higher than Yelp in this category is Google, which 63% of people use to check out businesses before visiting.

These statistics build off the popularity of using online searchers to find businesses. Over 3 out of 4 Americans search businesses online before visiting. In fact, according to a Nielsen study, consumers rank Yelp as the most trusted, most influential, and most useful site for helping them decide on a business or purchase. That’s even compared to big-name sites like Google and Facebook.

What’s more, nearly 80% of Yelp users say they look for businesses that they can visit multiple times and over 85% say that they frequently or occasionally share businesses they find on Yelp with their social circle.

4. A Half Star Rating Increase Can Increase Restaurant Revenue by 9% 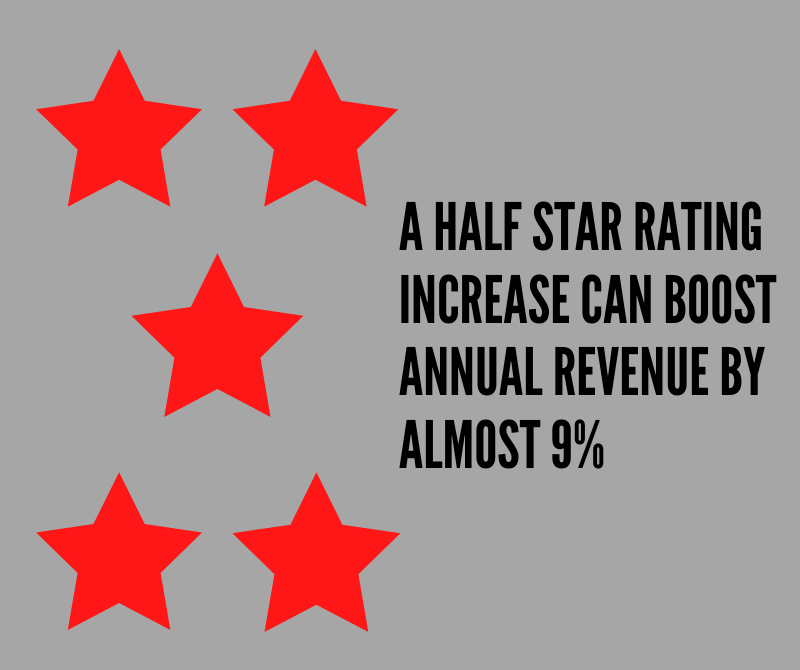 Restaurants and other eateries are by far the most commonly reviewed kind of business on Yelp. According to official data, restaurant reviews make up 18% of the total reviews on the platform, with home and local services and shopping second and third at 17% each.

Restaurants also seem to be the businesses that benefit the most from positive Yelp reviews. According to a study by economists from UC Berkeley: “An extra half-star rating causes restaurants to sell out 19 percentage points (49%) more frequently, with larger impact when alternate information is more scarce.” According to our calculations, that translates to an almost 9% annual revenue jump for every half star increase on Yelp ratings.

That means that even a half star increase on Yelp ratings can increase annual revenue by almost 1/10th. This works in reverse too. According to one study published in the Harvard Business Review, a one-star rating increase could cause revenue to jump by 5-9% and a one-star drop could cause company revenue to decrease by almost 5%. The same study also indicated that this effect is localized to independent restaurants and that consumers are more likely to react positively when Yelp reviews contain more information than just a rating. In other words, positive ratings are good for specific locations, not chain brands, and customers like to see more specific qualitative information about businesses on Yelp.

One more factoid: Claiming a business listing on Yelp is also good for company revenue. According to a study performed by marketing firm Boston Consulting Group (BCG) simply claiming a Yelp business listing can boost annual revenue by $8,000 on average.

5. 35% of Yelp Users Check Out a Business Within 24-hours of Visiting Its Yelp Page 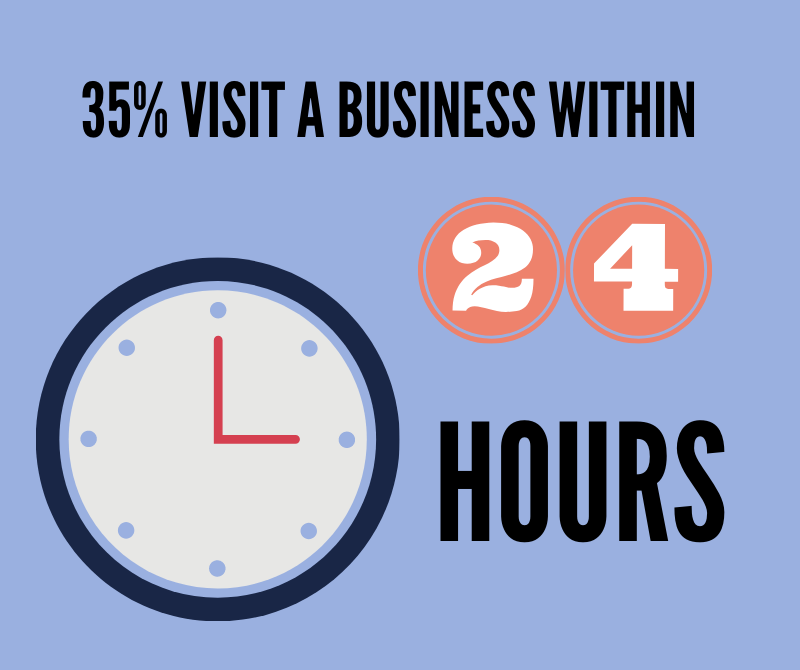 Yelp is among the best review sites when it comes to converting visitors into paying customers. If a person visits your business’ Yelp page, there is about a 1/3rd chance they will buy something from your store within the next day. According to data pulled from various sources, about 35% of people who search for a business on Yelp end up visiting that store within 24 hours.

6. Yelp Is Most Popular With Gen X 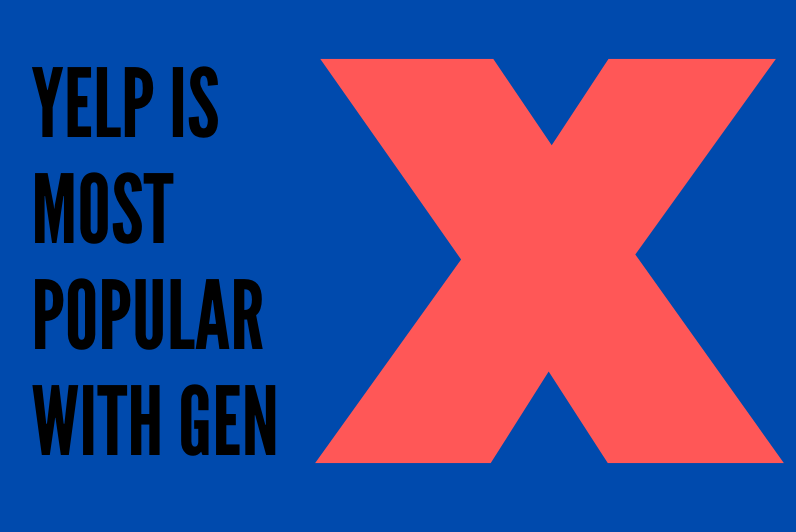 Yelp is most popular with the Gen X 30+ crowd. According to official data, users age 35-54 make up nearly two fifths (37.5%) of Yelp users. Millennials are close on their tail though, representing 33.9% of the total user base. Baby Boomers fall in last place, representing only 27.8% of the userbase.

At the same time, college-educated users make up the majority of Yelpers. Over 60% of Yelp users have some college education. Perhaps surprisingly, the proportion of users with no college education and those with some graduate school under their belt were almost equal at 20.4% and 19.2% respectively. There is also a separation based on income. Users with an annual income greater than $100K make up almost exactly 50% of Yelp’s userbase.

In other words, the typical Yelp user is 40-something with a college degree and making a sizable income. This makes sense after all; people in this category usually have the most disposable income to spend on businesses. 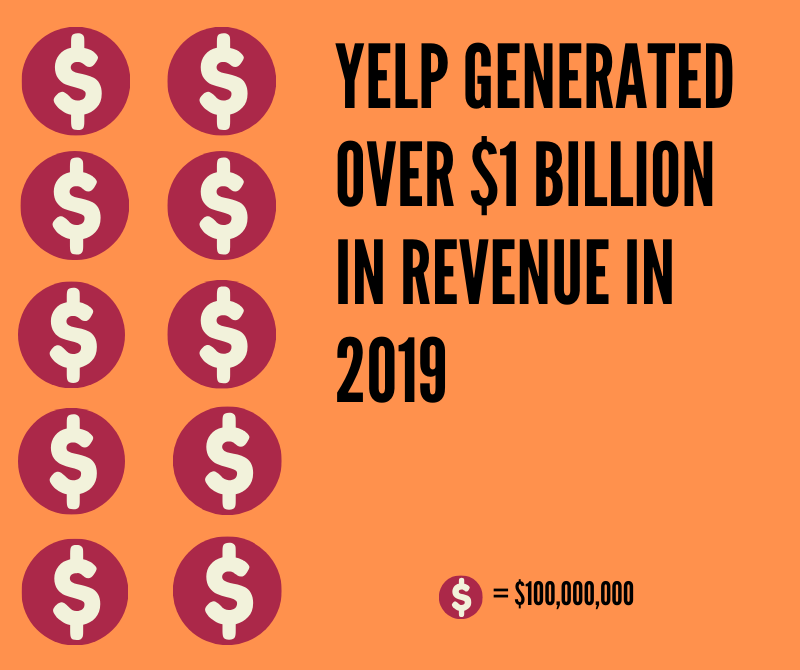 The vast majority of Yelp’s revenue is generated from local ad revenue. In 2019 alone, local ads from Yelp generated over $900 million in revenue. The other $100 million comes from deals and other revenue-generating services. This past year’s performance comes riding on a successful past 4 years. Yelp’s revenue grew 32.3% between 206 to 2018 and is projected to grow another 33.3% to over $1.3 billion by the end of 2020.

In other words, the data seems to imply that a targeted approach to local advertising is the best. The benefit of digital marketing services like Yelp is that businesses can tailor offers and pricing based on customer profiles and geographic location.

Yelp is clearly one of the superior platforms for reviewing businesses. With all of this valuable knowledge, you should feel comfortable taking advantage of the platform. You don’t have to be a big business to take advantage of Yelp either. Even if you run a small coffee shop on the corner, simply giving customers a place to voice their reviews can be a massive windfall.

Trust me, your Xbox name is an important decision and one that you should spend more than 15 seconds on. That’s why this page exists, we help you along the […]

In Snapchat’s years it went from a concept in dorm rooms of Stanford to a multi billion dollar company on the stock exchange. It has become the app of choice […]

For us, an Instagram caption was usually the last thing we did when putting together a post. You find the perfect moment to capture a photo or video, choose the […]

Kik Messenger is a messaging app for iPhone and Android popular in the United States among teen users. The free-to-use app was founded on October 19, 2010, nearly 9 years […]