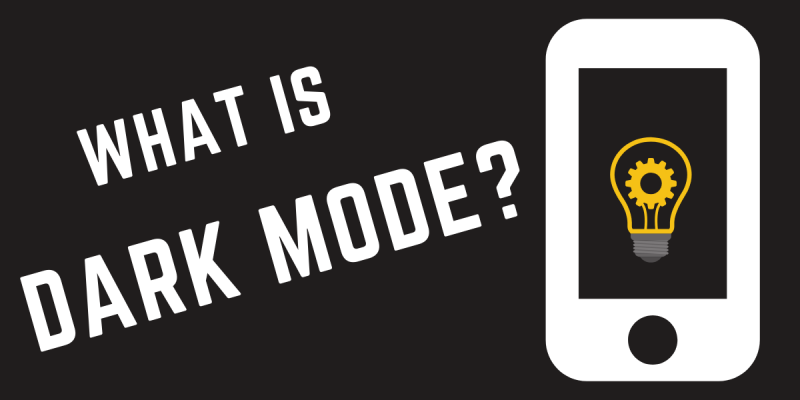 The term Dark Mode is the name for a kind of app interface that changes the color scheme of your display to a darker version. Whereas most apps display black text across a white or light-colored background, dark mode inverts the color scheme and displays white text upon a dark background. The point of dark mode is to reduce the amount of light radiated away from screens and reduce strain on the eyes.

Dark mode on various apps has been well-received by consumers because of the ergonomic display. Considering that the average smartphone user spends about 3 hours a day on their phone, most people appreciate being able to give their eyes a break from harsh screen glare. Dark Mode has become something of a meme on the internet, and dark mode compatibility is often one of the most requested features for new apps.

How to enable dark mode on iPhone

The main benefit of dark mode is that it reduces the amount of strain on the eyes and lessens visual fatigue. The human eye is particularly attuned to blue wavelengths of light and blue waves can penetrate all the way into the retina (this is why the sky appears blue to us). Computer screens emit a large amount of blue light when displaying bright elements. Increased exposure to blue light causes eye fatigue in the short term and there is evidence that prolonged exposure can cause vision problems, such as macular retinal degeneration.

Dark mode reduces the amount of blue light emitted by computer screens by inverting the traditional color scheme. There is some pretty decent evidence that dark mode can reduce short-term eye fatigue, especially in low light conditions. There is also some evidence that the high contrast between text and background can reduce eye strain. However, the jury is still out in the scientific world over whether dark mode can reduce vision problems in the long-term, though there are some studies that answer in the affirmative.

When it comes to readability, the scientific verdict is clear—light backgrounds with dark text are better for reading. While dark mode may increase readability to a point in certain circumstances, such as in very low light conditions, overall, light mode is better for readability.

The reason why is that white backgrounds reflect all wavelengths of light, so our retina does not have to expand to focus that incoming light. Since the retina is not deformed, it can more clearly make out elements on a white background. Black text, in particular, is more readable because of the sharp contrast with the white background. 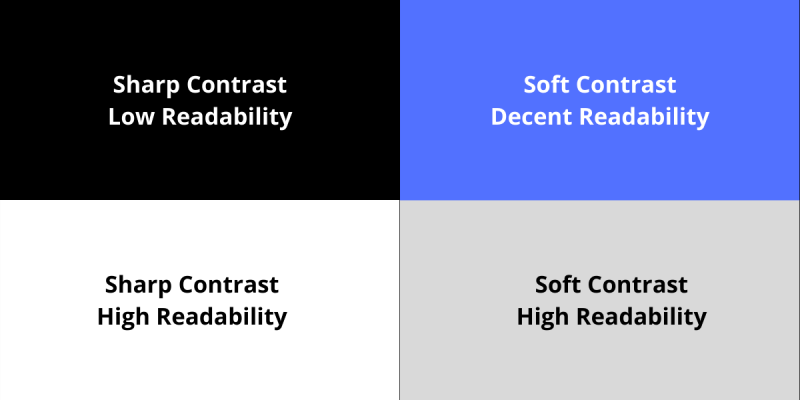 Dark mode decreases readability as your eyes have to focus more to make out the white text on the dark background. The result is that the white text appears to “bleed” into the dark background (This phenomenon is known as the “halation” effect). Many scientific studies have found that readability is maximized with dark-on-light display compared to light-on-dark displays.

Another commonly touted benefit of dark mode is that it can decrease your battery usage. Here is the short answer: If you have an OLED or AMOLED screen, then dark mode can save battery life, In contrast, changing to dark mode on an LCD screen won’t change battery consumption too much.

Here is why: OLED or AMOLED screens work by running an electrical current through parts that contain organic compounds to light up parts of the screen. If a pixel is black, then it stays off and no current is running through it. As is probably expected, white pixels draw the most power.

So a phone that has an OLED display will drain less energy when in dark mode. Google has demonstrated that dark mode can reduce battery consumption by as much as 63% on Android phones.

In contrast, LCD phones won’t benefit in terms of battery life by switching to dark mode. On the plus side though, LCD screen battery life is not impacted by colors. Raising the brightness will drain the battery faster, but changing the color scheme won’t. With LCD phones, each pixel is drawing power regardless of the color being displayed.

First things first, if you have Android 10 or iOS 13 on your phone, you can change system settings to dark mode so that your entire phone and all compatible apps turn dark mode. Here is how to turn on system-wide dark mode for Android and iOS: 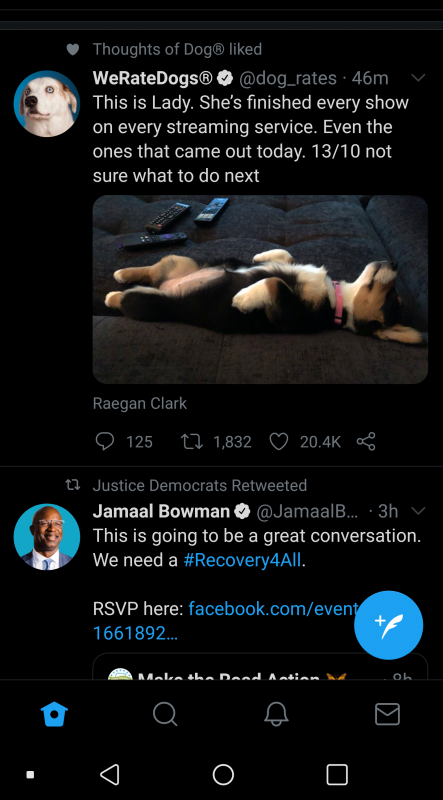 Twitter was one of the first really popular apps to add a dark mode, way back in 2016. Twitter’s initial dark mode caused some controversy because it wasn’t truly black, but rather a dark grayish color. Twitter has since updated and there are now 2 kinds of dark themes: dim and lights-out, the latter being the “true” dark mode.

To switch on dark mode, click on your profile icon on the top left, and then hit the lightbulb icon on the bottom left. You can then choose between the dim and lights out mode. 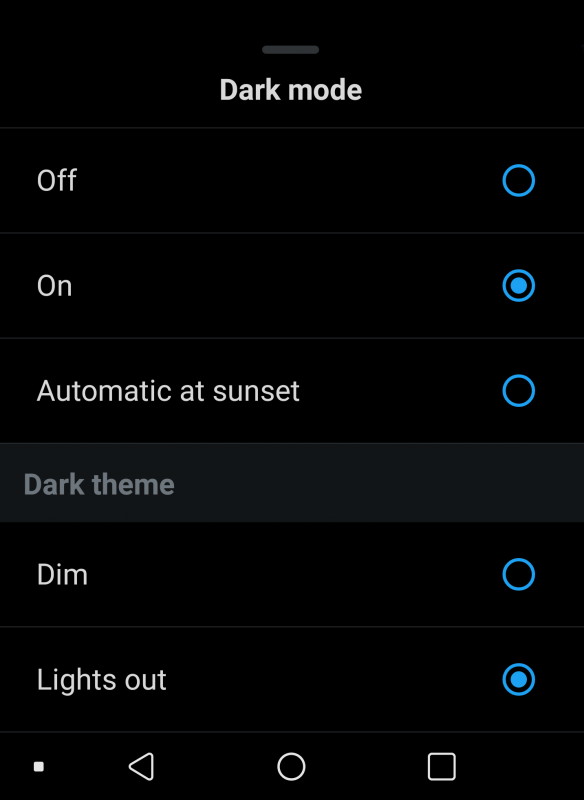 Dark mode for Instagram does not do too much considering that the screen is still full of bright and illuminating pictures. However, it can be a nice change of pace when browsing at night. It’s best suited for people who already view their apps in dark mode as a habit.

need to get used to that lol pic.twitter.com/2mr38EiL0N 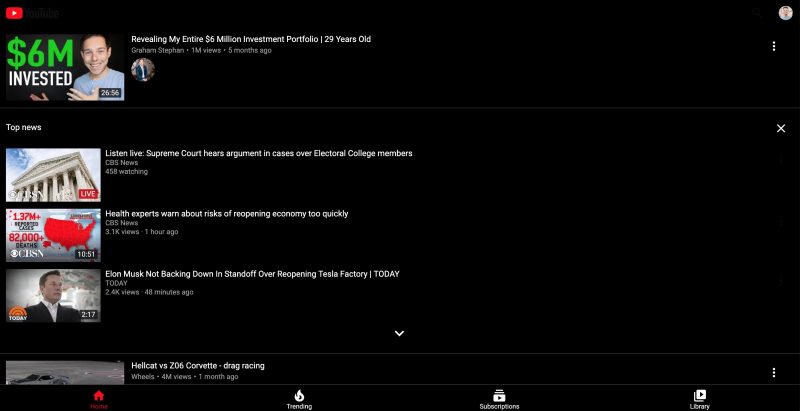 YouTube also added a dark theme to its mobile app back in 2018 for iOS users, but Android users had to wait until the following year to get their hands on it. YouTube’s dark mode changes the background display to a lighter gray which makes video viewing much easier on the eyes. 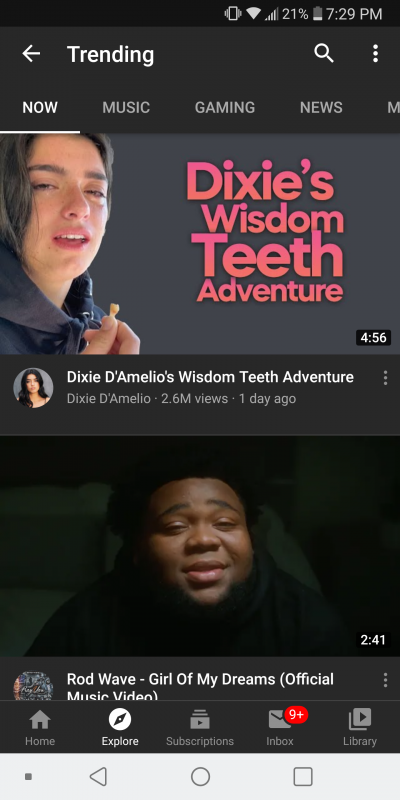 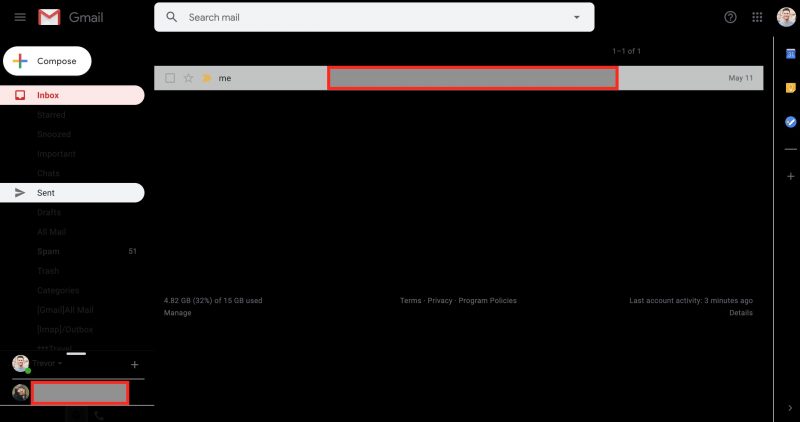 Gmail’s unboxing of dark mode was one of the most anticipated dark mode applications to hit the scene. People spend hours per day on Gmail so most users appreciated the ability to turn down the tone while checking their inboxes.

Here’s how to enable dark mode on the Gmail mobile app: 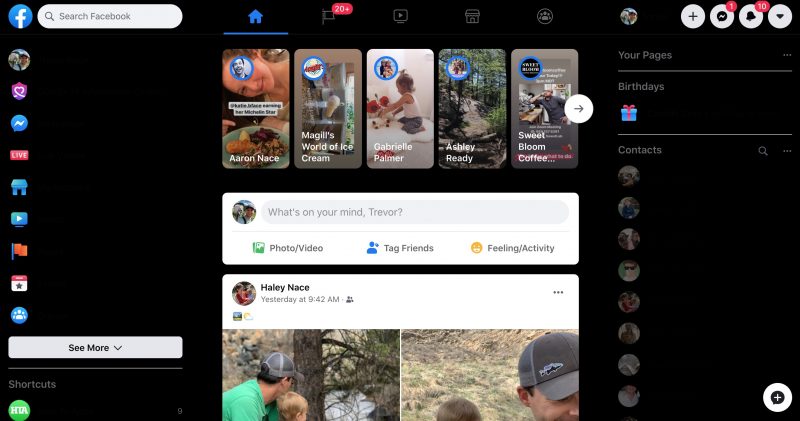 One of the most clamored for dark modes is for Facebook. Facebook finally started unveiling a new layout and dark mode for the desktop site that users can opt into. To activate the desktop version of dark mode:

The page will then refresh and you can select dark mode by clicking on your account icon and then selecting the moon icon.

If you can’t access the update, then you can “force” Facebook dark mode by pasting chrome://flags/#enable-force-dark in your browser address bar and changing the first drop-down box you see to Enabled. This will change your browser configuration to dark mode so Facebook will now appear in dark mode. It’s not exactly the same as the official version, but it still works well enough.

Facebook is currently working on a dark mode for its mobile app and it is currently available to select users for testing. Unfortunately, testers seem chosen at random so we don’t know any good way to get access to the trial version. We’ll just have to wait for the official release later this year.

I wrote a blog about this: https://t.co/X5tAZuIlPz

Dark mode is one of those things you don’t even know you want until you’ve experienced it. If you spend a lot of time on the computer or on your smartphone, dark mode is basically a must-have for certain applications.
Next Up!
100+ Aesthetic Roblox Usernames Well Worth Your 1K Robux!
30+ Kik Messenger Statistics & Must Know Facts
Surprise! How To View Someone’s Snapchat Story Without Them Knowing
How Many YouTube Channels Are There?
Snapchat Hourglass ⌛️: Is Your Streak About To End?
Was this article helpful?
That's great to hear! We're glad you found the article helpful. Feel free to share it with your friends!
Share on Facebook Share on Twitter Share on Pinterest Share on WhatsApp Share on SMS
We're sorry to hear that! We love feedback :-) and want your input on how to make How-To Apps even better.

Back in April, the Australian government released a new app to help slow the rate of Coronavirus. The app, fittingly called ‘COVIDSafe‘, was launched on April 26 and over 2 […]

Snapchat titles have become increasingly popular on the social media platform as well as on Instagram. With the increasing use of emojis to fill in for words or feelings in […]