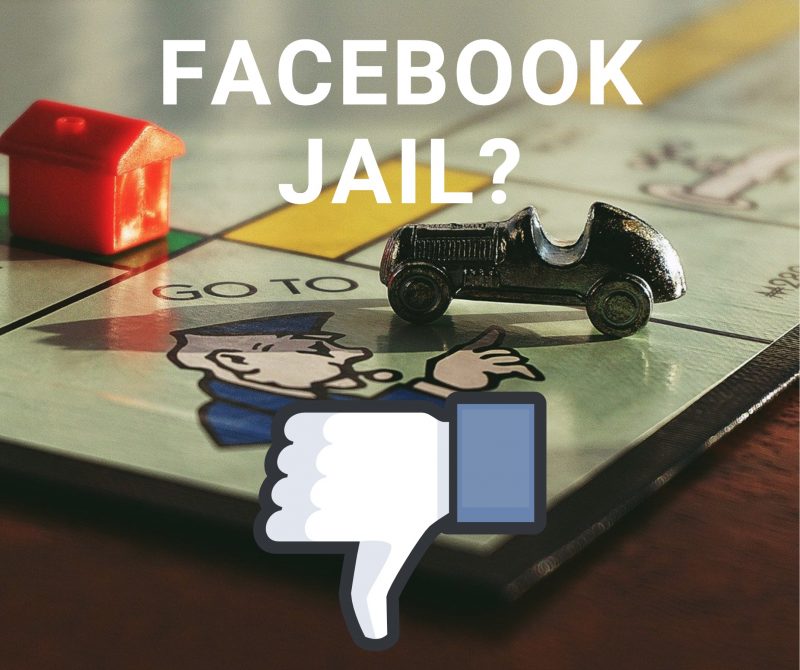 So, you messed up. You knew you probably shouldn’t have posted those 100 photos of your dog all in a few minutes, but you did, and now you have to live with the consequences. Your account has been put in Facebook jail. Leaving you wondering how long it will be until you can post again?

Aside from the personal annoyance, Facebook jail can be wreak havoc if you run a business that sustains itself largely on social media marketing. Even having your brand’s account page locked for a few days can entirely ruin any marketing and outreach campaigns you have running.

Worry not though, Facebook jail is not permanent. Us internet experts are very familiar with Facebook jail! (Is that a bad thing?) We have figured out some key methods to avoid seeing your account doomed to the social media prison. 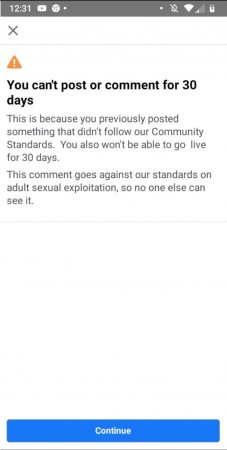 Facebook jail is normally temporary, though if your violation is serious it could lead to your account being permanently banned from the platform. In the case of a temporary ban, you can reactivate your account by doing the time and fixing your account pending the moderators’ requests.

In the case where a person is running multiple fraudulent accounts, Facebook may ban all individual accounts and block the user’s IP address.

I was kind of excited about going to jail the first time and I learnt some great dialogue. – Quentin Tarantino

Lots of things can lead to a Facebook jail sentence. Here are a few that are listed on Facebook’s official FAQ page for disabled accounts.

Some of these restrictions are pretty straightforward and easy to interpret. It’s pretty clear what using a fake name, harassing people, and impersonating someone are and why they can net you a ban. Violating the Terms of Service is pretty straightforward too. That basically just means you can’t use the platform to do anything illegal such as upload malicious viruses, buy illegal goods, extort people, and so on.

Posting content that falls into any of these categories can land you a temporary or permanent ban. Keep in mind that the admins don’t have to give you a warning either; they can ban you without notice. 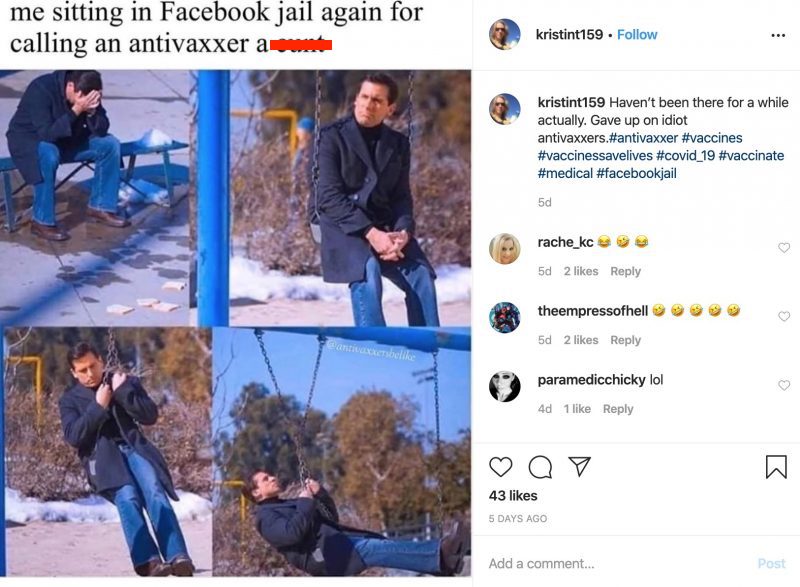 The amount of time that your account will be disabled depends on your offense. Facebook jail can block you for:

In general, you just have to wait until your sentence is up. Once you wait and your account reactivates you can make posts, like comment, subscribe, and make friend requests again. In the case that your account has been permanently banned, then you cannot get your account back and will have to make a new one if you want to keep using the platform. You’ll be surprised how many people head over to Twitter to gripe about their Facebook jail.

If you feel like your account has been unfairly banned, Facebook gives you the option to appeal your ban. You can fill out a review request but there are no promises. Facebook is notorious for being incredibly difficult to deal with when trying to reactivate a banned account. 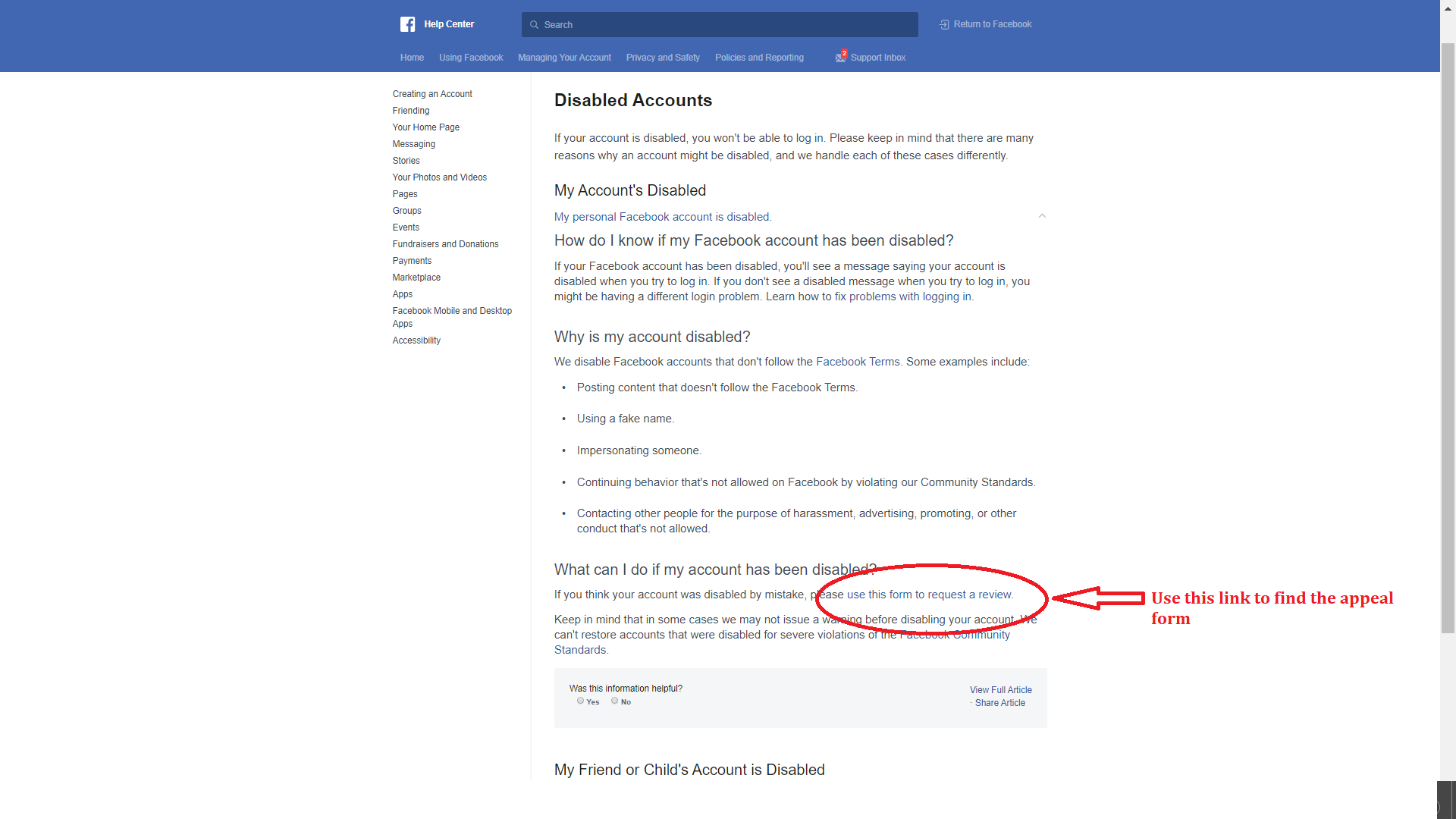 If you’re in Facebook jail you will know. As soon as you login to your account you will receive a notification or message pop up that will say your account has been suspended, deactivated, etc.

You’re Temporarily Blocked From Posting
This temporary block will last 3 days, and you won’t be able to post on Facebook until it’s finished.If you post something that goes against our standards again, your account will be blocked for 7 days. For violations after that, your account will be blocked for even longer.
Please keep in mind that people who repeatedly post things that aren’t allowed on Facebook may have their accounts permanently disabled. 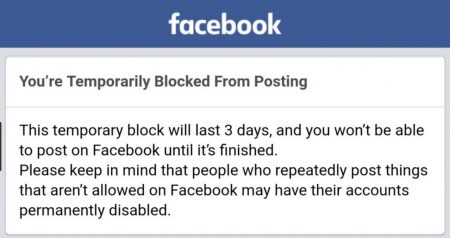 It’s all about being proactive. The best way to get out of Facebook jail is to never get thrown in there in the first place. That involves curtailing your Facebook behaviors to not draw the attention of the mods. Here are some extra useful tips to keep yourself out of the digital clink.

No platforms like their users spamming. The Facebook sheriff is always on the prowl looking for people who post too much content and clog people’s news feeds. Even if your posts are completely legitimate and organic, making too many posts, likes, or comments in too short of a time can get you a temporary ban.

Likewise, posting the same content in multiple groups over several pages can also get you the spam ban. We know you really want to share those pictures of your dog in a sombrero, just don’t go overboard with it.

2. Don’t tag too many people

Facebook’s tag features is a nifty tool that lets you identify friends in photos and notify them. You know those really annoying posts with massive tag lists that your friends’ accounts post when they get hacked? Yeah, Facebook is on the lookout for this behavior and that kind of tagging is a sure-fire way to get yourself locked up for a bit. 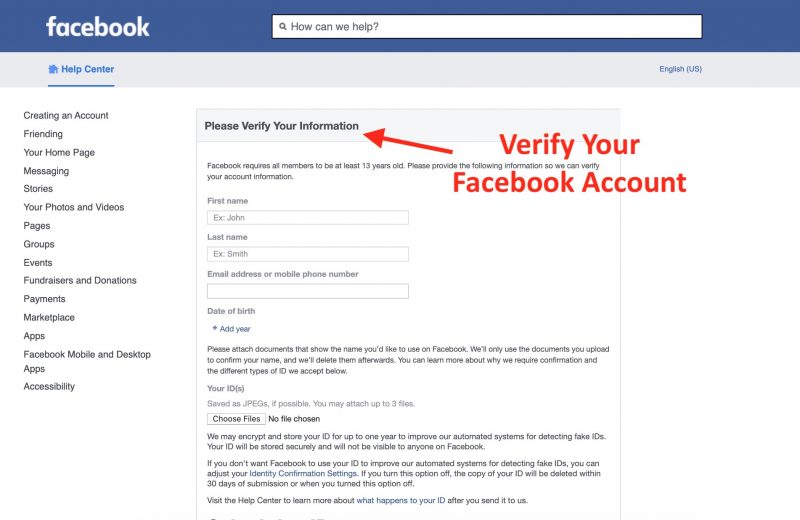 Facebook is always on guard against fake accounts so they let you connect your account to your mobile number to verify you. Your phone number is really the only way that Facebook knows you are a real person and not a spam bot. When it comes to bans, unverified accounts are always the first to get the ax. If your account is not verified, there is a much higher risk of being banned. You can verify your Facebook account here.

On that note, you should regularly update your account too. Having half-filled out account looks suspicious and can draw the attention of the FB police. Using an account that isn’t updated or filled out signals to Facebook you are using it for reasons other than its intended purpose.

Facebook is built on the maxim of one account per person. Everything about how their algorithms work is based on the idea that each person is using one personal account. If Facebook gets wind that you are using two accounts then there is the chance you can get banned. The reason why they don’t want users creating more than one account is post manipulation. They’re afraid one person will make a bunch of accounts and artificial inflate posts or pages with likes and comments.

Obviously there are some exceptions to this rule. Business owners, for example, can have two accounts: one for their business and one for personal use. The problem arises when a person uses multiple accounts for personal use. That’s when Facebook steps in.

You’ve probably heard the saying “if you don’t have anything nice to say, then don’t say anything at all!” The same is true on Facebook. One of the biggest causes of bans is people harassing others using the platform or being rude and hateful. Insulting other users or making hateful remarks about their race, religion, sexuality, or gender is a sure-fire way to get the ban hammer. It’s not that hard to be nice on the internet either. Just be respectful to other users and don’t attack anyone. If someone is bothering you there is always the option of blocking that user instead of retaliating by giving them an earful. You can also report accounts for engaging in bad behavior so you have some recourse.

Plagiarism is not your friend. Simply posting links to content is fine but you should never straight-up lift content from other people without their express permission. Likewise with images. Some images have been marked by Google as spam. Using these images looks suspicious and could result in penalization.

Facebook jail is annoying but it’s usually not permanent. If you do find yourself tossed in Facebook jail then you simply have to wait until your sentence is over and you can rejoin the general public.

If you feel like your account has been unfairly banned, you can always appeal your case, but you shouldn’t expect a speedy resolution.

Otherwise, the best way to avoid Facebook jails is to watch your behavior on the platform. Following the Terms of Service and abiding by the Community Standards are the best ways to make sure your account doesn’t get banned.

You’ve spent some time snapping with a girl from class, you’ve hung out a few times outside of class and things are going well. She sends you a message that says […]

In just a little over 2 days, Clash of Clans will celebrate their 7th anniversary. Hard to believe it has been around that long and August is usually one of […]